Since we had our dressage ride last night I decided to do some more desensitizing today. I brought out our big ball, a big tarp, and tied a plastic bag onto a dressage whip. He of course is still in love with his ball and is almost at the point where he just chases his ball around and I am just on for the ride! It is cute to see him love it so much though.

I was very happy to see that he remembered our tarp work from the last time and didnt bat an eye at it at all. On the ground I picked up the tarp and drug it beside him while he walked, although he was unsure he didnt shy away from it or anything. Just kept an eye on it. I tossed it all over it, made it fall off the other side, had him walk while wearing it, etc and he was great! He would get his big scared pony eyes on sometimes but never reacted on it and got a nice soft eye after he realized it was not a pony eating tarp! He is NOT a fan of carrying big things on him (such as flags, standards, etc okay the standard is understandable lol!) so I am working on getting him okay with having things on him. After doing the tarp I picked up his big ball and bounced it around next to him, put it on his back, threw it over him, bounced it off him, etc and he didnt bat an eye. He was great! It is SO nice having a sensible horse!

On another note... this little mare is killing me. I want her so bad but I have been practicing my self control skills. I mean how cute is her face?! 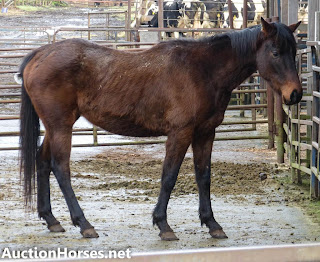 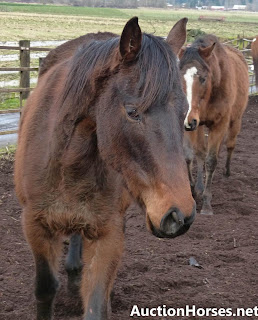 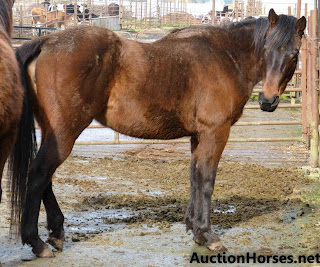