Pony had his appointment this morning with the vet. It was easily the most frustrating and most encouraging and mood lifting visit! The verdict (yet again)? an abscess in the same spot  (aka: the super frustrating part!). Basically my farrier didnt do enough digging thus costing us many, many weeks. It was pretty nasty and smelled disgusting. We didnt even block him as planned because she went right to digging around and found the abscess almost immediately. After digging it out we trotted him on the concrete and wouldnt you know... about a 90 % improvement! Basically the abscess is right under the bars on his hoof so everytime he would put it down his bars would hit the ground therefore putting even more pressure on the abscess. Poor Pony!

I opted to do a coulpe views of xrays just in case, afterall we have already lost going on two months of work! He was a perfect gentlemen and stood still without sedation. I have to say he is handling himself remarkably well for his lack of turnout/work/anything that involves moving around! He is on antibiotics and his hoof will be packed and wrapped to keep it clean. I am waiting to get the xray results back to make sure there is nothing more but he will go back into light work once we get the okay! 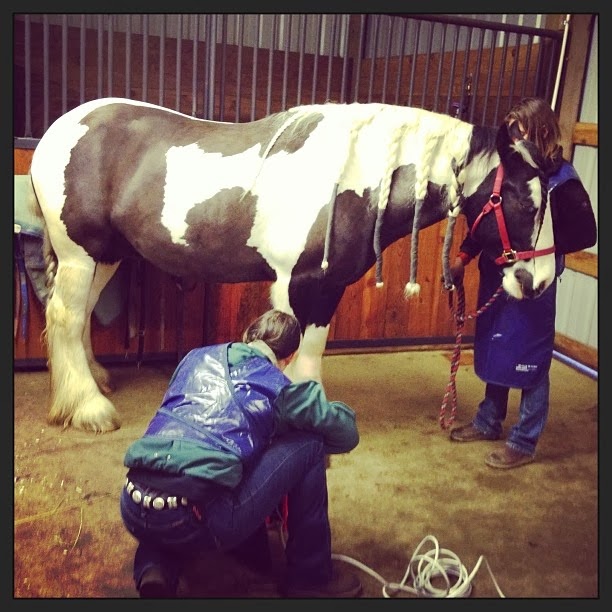