All About The Baby

"Baby" Mylo is not only the cutest thing ever but is truely the best baby I could have ever imagined! Obviously he has his less than stellar moments but holy cow he amazes me! 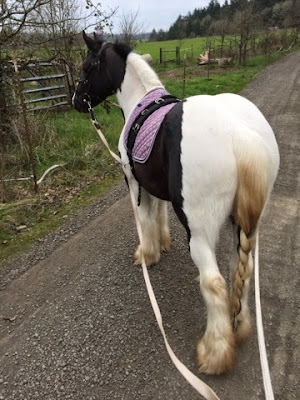 Earlier in the week I took him ground driving outside for only his 2nd time and his first time in a bridle, that he had worn like 4 times, and he was foot perfect. Stopped, walked, trotted and backed with zero issues. The biggest problem we had was him wanting to eat the grass while walking!

Keep in mind that he "works" about 2 days a week for about 15 minutes. I have to keep in mind that he is still not even 3 (will be in June) because he picks up on everything instantly. He is definitely the personality that doesn't need to be drilled doing one thing over and over but instead needs diversity in what he does so I try to change it up on him a lot.

Flash forward to today and I figured I would just try long lining him. I mean, why not?! Wouldn't you know the little man went around walk, trot, canter, and stopped. Pretty sure he was born broke! I won't do too much of it in the next two months but it is clear that he won't need much! If he wasn't still so young I would totally feel great throwing a rider on him. He is going to be the singles cutest kids pony around! 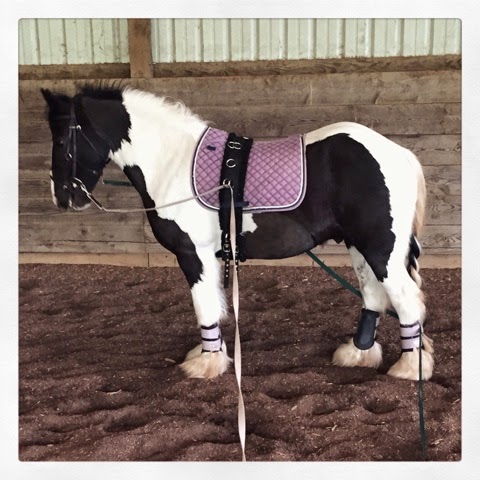