Not a one trick pony!

Yup this guys has lots of tricks now! My mom bought me a big horse sized ball for a late birthday present so Alanna and I took the boys out to the arena to play with it tonight! We did some research as to what type of obstacles will be at the expo and there was a big ball last year. Plus we figured it would be fun to play with anyways.

At first when I brought it out bouncing the pony was unsure of it but once I untied him and walked him up to it he started moving his lips around all over it and we were golden from there! Once we got into the arena (we had to wait until two other boarders got off) we did a little on the ground with them first just to make sure they were okay with it and get the basic idea that we wanted them to kick/shove it. Then we hoped right on! I hoped on bareback and bridleless and we went right into playing with it. After the first few minutes they both started to walk towards it and follow it a little. They would follow it until it stopped but were a little unsure how to make it go again. By the end we were trotting and kicking it down the long side, switching off kicks between the boys. It was AWESOME :) We were both very happy with how they handled it all as they had no issues at all. It will be fun to see how they improve even more after playing with it more!

Pictures and video to come :) 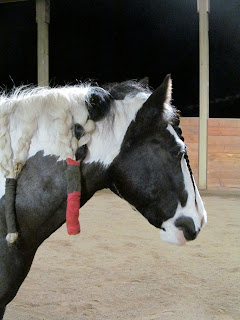 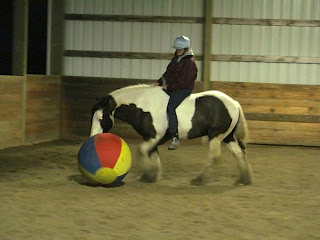 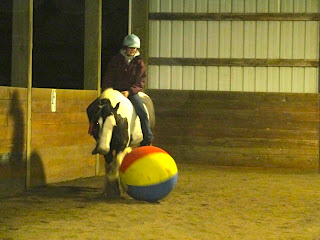 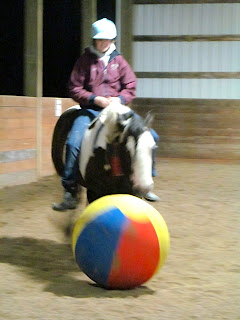 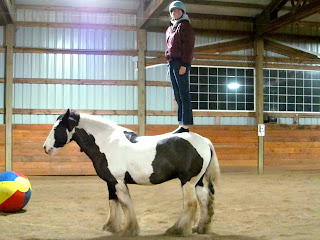