Bentley had a big last two days and I am pleased to say that he really rose to the occasion. Sunday he had his very first Teacher Mary dressage lesson. I LOVE teacher Mary. She has been there with me pretty much from the beginning with Mystic, and now Bentley too, which is super cool. The last few rides he has come out quite relaxed from the start which has been very helpful. TM had us focus on his rhythm because as we all know that is the building block to all. Being a very green OTTB baby rhythm is not his friend and is quite hard for him to maintain especially when asking him to do anything else along with it. We started with some forehand turns on a square where I had to keep him round while keeping him off my right rein and eventually progressed to completing a forehand turn and trottting off right away. His trot go less grounded/sewing machine like and his transitions became more prompt. We then played with bringing the circle smaller and leg yielding out to the big circle as I tried my hardest to not pull on my left rein that I think I must pull on to steer 😳 Next up was some baby haunches in type stuff down the wall where he really impressed me by picking it up quite quickly. It got harder and less angle in the trot but he still did it quite well. That exercise really helped his canter transitions because it helped get him to engage that outside hind leg. So not only were the transitions more prompt but they were not rushy and felt pretty good for where is he at. I'm looking forward to putting this all to work! And... he got the TM seal of approval. Can't ask more out of a day like that! 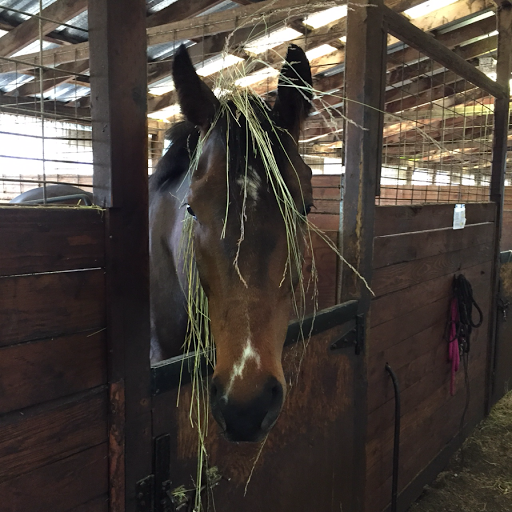 First Canter Poles
Then the next night, our normal lesson night with the in barn trainer, we had our 2nd jump lesson. Figured it may be good to jump a little more before we go to a show and do it! It was a blast! As the lesson went on I could really feel him thinking about the jumps and my aids more. He progressively got better and better and really started to figure it out! Our biggest thing to work on is maintining a quality can't to the jump without getting faster. Because he is so green still getting a quality canter is hard enough without having to maintain it to a jump. But we pieced some 5 fence courses together including flower boxes, picket fence fillers, and cross rail oxers. What I love about him is that I can trust him to jump the jump. He is pretty brave and willing. The trainer and I discussed adding in some more oxers in the future to help improve his technique. He jumps quite flat over the small jumps but shows the ability to jump nicely when taken to the oxers. I think he is just not impressed. My homework is to not micromanage him to the jumps. I have to keep in mind that he is not my 3rd level dressage pony so I can't set him up like he is. We need an active but slower canter that stays the same in its rhythm without me changing anything 2 strides out. Super excited to see how he handles this weekends show! 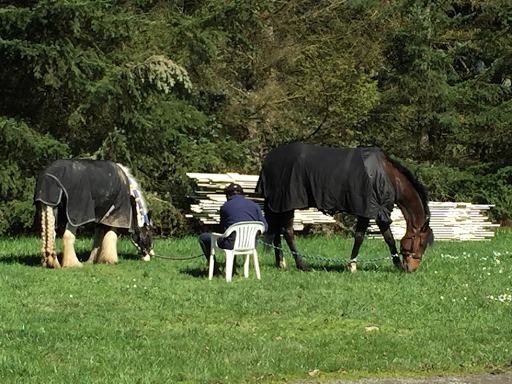