First off I think we both need a weekend to recover from the weekend! But we also had a great time! Met lots of new people, educated lots of people, and got tons of great comments from people!

For the most part Mystic was great, however he did have his moments! He liked to remind me that when the bridle is off he still can go where he wants when he wants occasionally. Its like he was just reminding me LOL! After one of our demos where he basically flipped me off I took him back into the arena and worked with him and his greatest motivator (treats!) and he was doing great! By Sunday he was awesome. After our demo I could walk him out of the arena with nothing on and ride him back to his stall, even with a big crowd.

I dont want to see what his dressage work will be like tomorrow but I can tell you our lesson on Wednesday will be MUCH needed :) Perfect timing for our show on Sunday. He is going to be one tired boy by August! 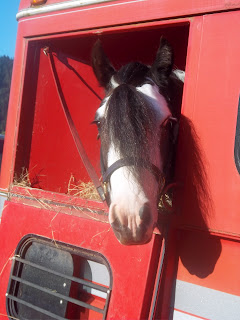 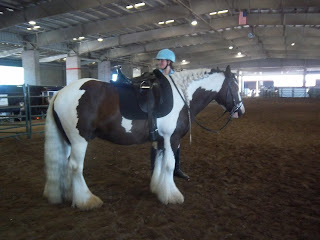 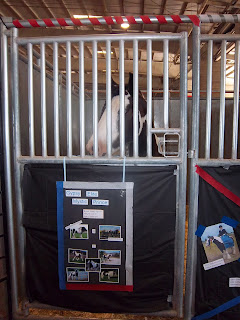