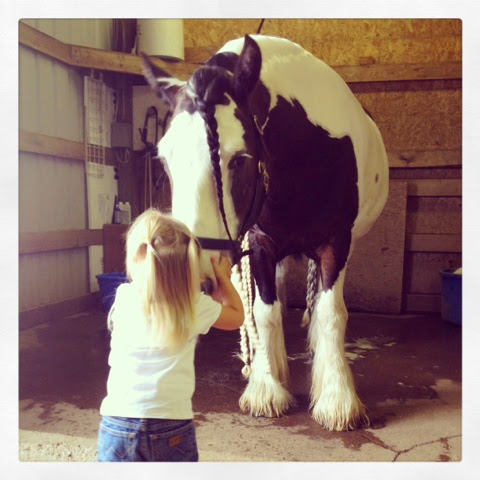 Tomorrow we head out to Salem for our once yearly breed show appearance! The State Fair offers breed shows so it brings in Gypsys from states away due to the lack of Gypsy shows in our area. This weekend I think there will be almost 10 Gypsy Elite horses there and to top that off my Aunt and Uncle (who bred them all) are here from Florida to see everyone! They have not seen Mystic since I first brought him home as a 3 year old. 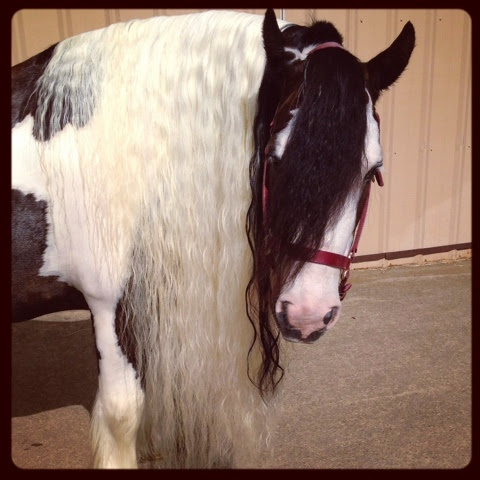 Mystic has had several baths over the last two weeks so I am hoping he looks semi respectable and stays that way till Saturday since we dont even show till then! He also got his hooves trimmed today so he is all prettied up and ready to go! We are not doing any rail classes this year but figured we would just do some fun ones. In total he will do 2 halter classes, the lead line class, trail, and musical freestyle. I still have no idea what song I am going to use or what we are going to do, but I didnt last year either :) Maybe this year we can show off some controlled bridleless moves and he doesnt put on his scared pony eyes (although he still won last year!). Pictures and updates will come at the end of the weekend :) 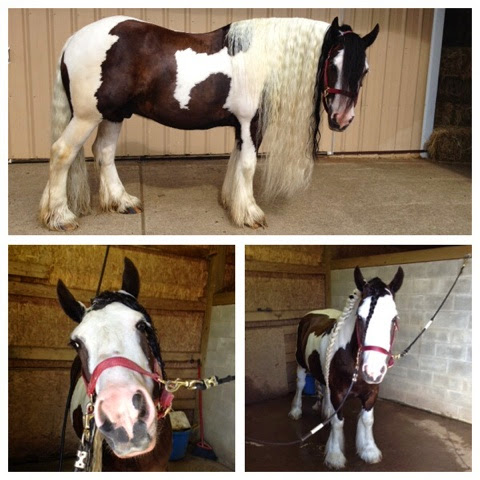