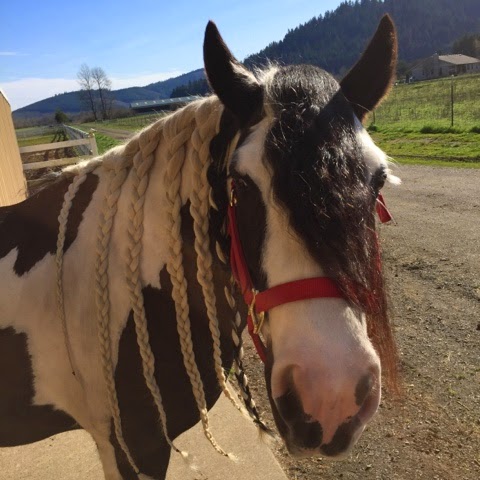 We are officially within a week of kicking off our 2015 show season! Granted it is just a schooling show but it will be a great place to debut at 2nd level test 3 and a major bonus is that it is at DevonWood, only one of the best places to ride ;) The nice part about this schooling show series, in my mind not in many others, is that it doesn't seem to be judged quite as easily as most. I would rather get slammed at a schooling show so that I know what I need to fix before hitting the recognized shows. With that being said I don't plan on having a bad ride and am not worried about putting in a respectable test even though I know we will have room for improvement. 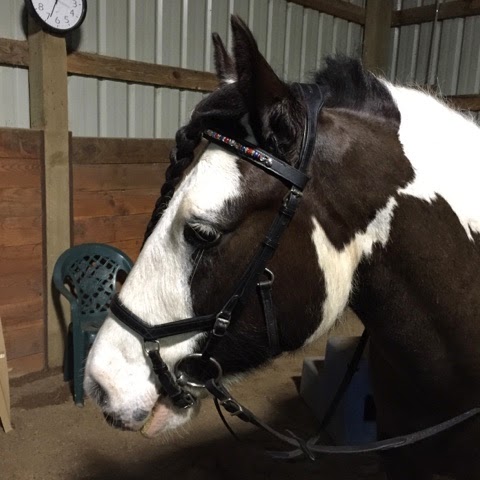 Goals for this weekend:
-Rides the pants off the test as I only have one shot!
-Id be lying if I didnt say I wanted to break 64%
-Ride a very accurate test (aka ride an even 3 loop serpentine... not as easy as it looks!)

Overall I want to continue the theme started last year of actually being able to ride my horse better in my tests instead of going into to pilot mode and taking what ever he is giving me. If there is any place to do it, it is at a show like this one!

Mystic got his pedicure on Friday, a very mini spa day yesterday, and we have a lesson tonight! We haven't really worked on the half turn on the haunches and it just happens to be a coefficent both ways so hopefully we can figure those out a little more tonight. Luckily for us our simple changes are also coefficients and when I ride him well into them we are capable of getting very  nice scores. I am so looking forward to seeing how we do! Now to just get through the week with good rides :)
Posted by Unknown at 10:25 AM