As much as I love jumping it is just not something that I do year round with Mystic. Probably the biggest reason is due to the fact that we only have an indoor arena and it is a pain in the butt to have to drag all the fences out and put them away. Another reason is that I know my horse, like everyone else's, has a certain number of jumps in him and I hope by not pounding him it will prolong his jumping life! Plus he is totally game and bouncing around beginner novice does not require him to jump year round or more than once a week during competition season. Last weekend we had our first jump school of 2015. In one sense it feels like we start back over every year but in another it feels like we just picked up where we left off. Obviously we had to knock some rust off but it is not nearly as bad as it could be! Today was our 2nd jump school and it was even better. I did a combination of poles and cross rails so its nothing to crazy but we did some more technical stuff today and he picked it up really well! We will continue to jump once a week and also will be adding in a conditioning ride along with our normal dressage rides in hopes of increasing our fitness. If all goes as plans we will be rocking BN at our more local 3 day in June! 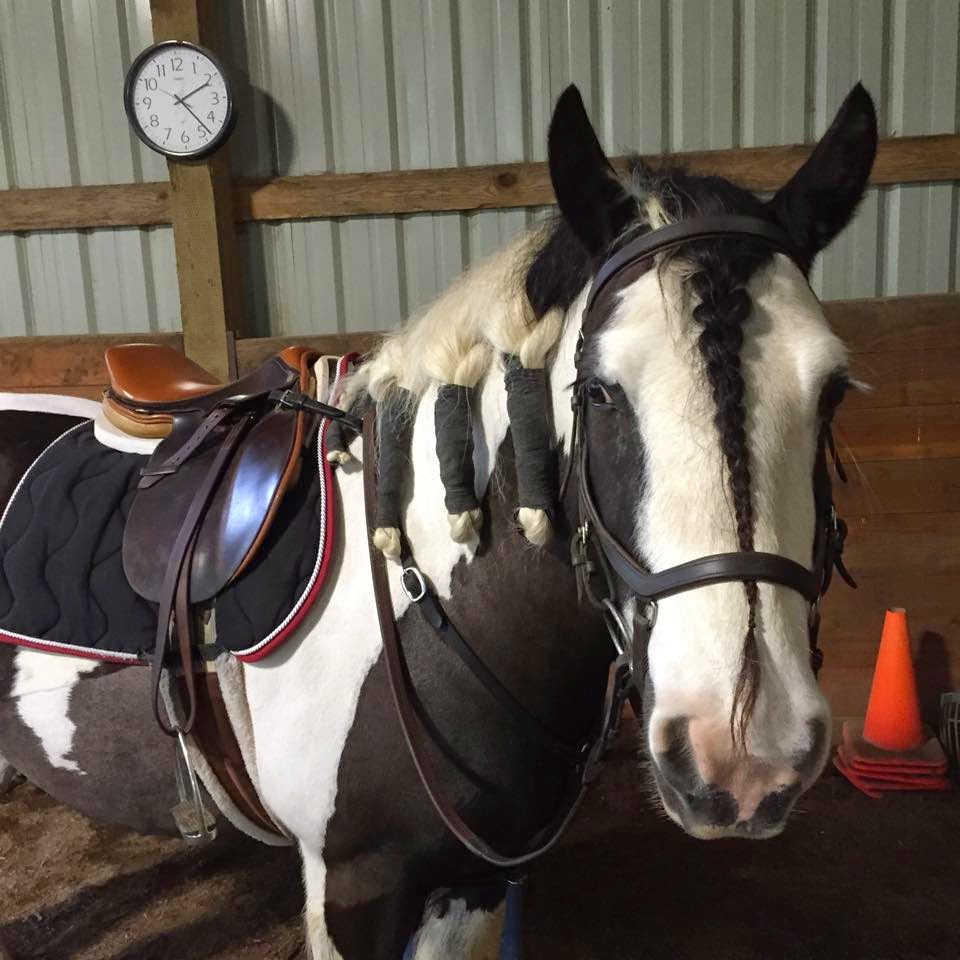 Friday I had a little "bring your horse to work" day as Mystics vet has dental days at their barn. My boss was kind enough to pick him up and he got to take a field trip to her barn for the day. He had some pretty nasty points and ulcers on his cheeks from his teeth, poor Pony! I felt bad because I let him go over a year, I won't be making that mistake again. He still has his 'snaggle' tooth but she still thinks it will eventually fall out and it doesn't look it he has an adult one under it. He just looks funny when he smiles. Later in the day my boss got to ride him (she has wanted to for a long time!) and since he had a whole crowd watching he then got to give pony rides to a few more people too.