When Everything Goes Right

Our barn has a Facebook page just for the boarders so that we can communicate better with each other. Since it is a smaller private barn a lot of us are on different schedules and often don't see each other much. A fellow boarder posted that Sunday was supposed to be really nice at the beach and it would be fun to go. Of course you can count me in on a beach trip anytime! Only 3 of us went but it was a total blast and the weather was the most perfect it has ever been.... and its January! It was seriously tank top and short weather, which on the Oregon coast isn't common, and we had low tide timed perfectly.  Not only was the weather perfect but between the 3 horses one hadn't been ridden since Septmeber (mostly pasture pet who subbed in for the owners horse who is currently without a shoe and recovering from an abcess) and another who has never been to the beach they were perfect. We ended up spending the better part of two hours out there. Couldn't have asked for a better Sunday! 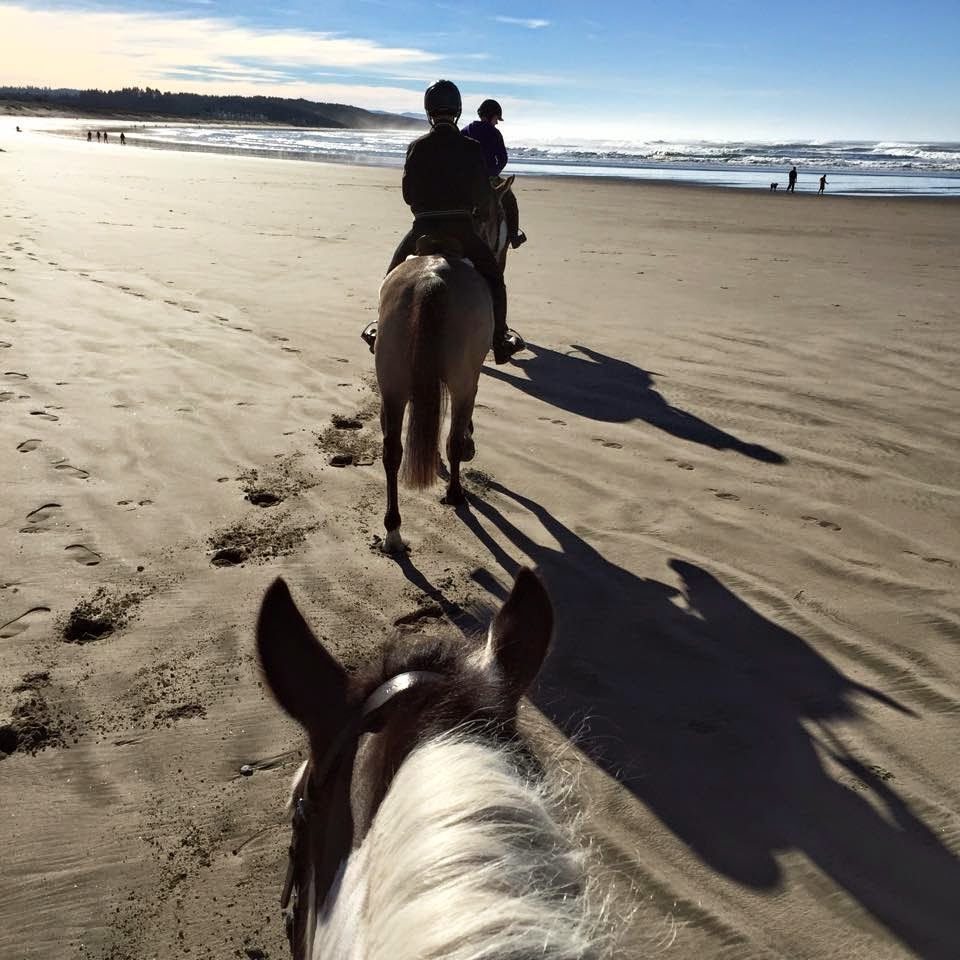 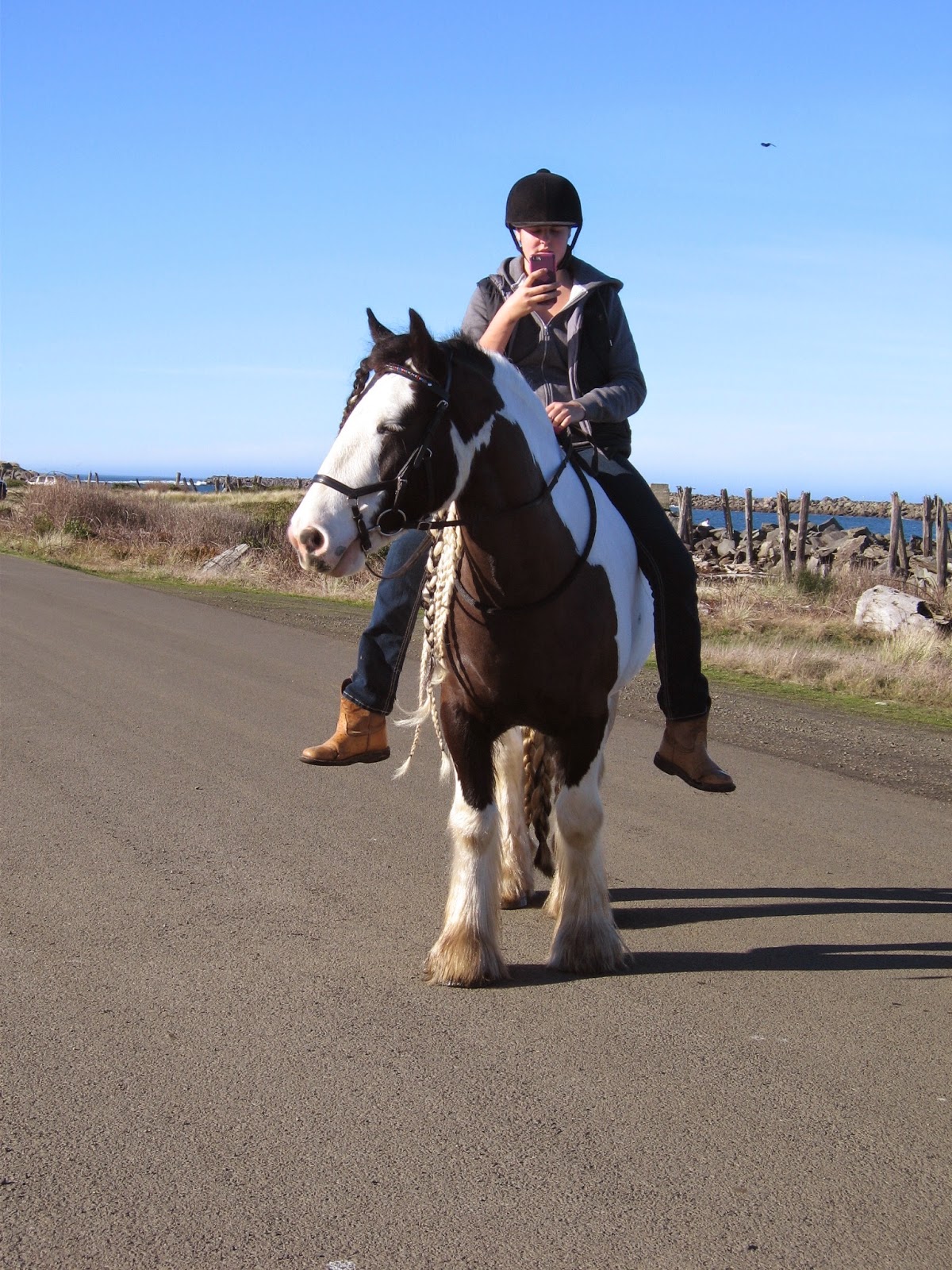 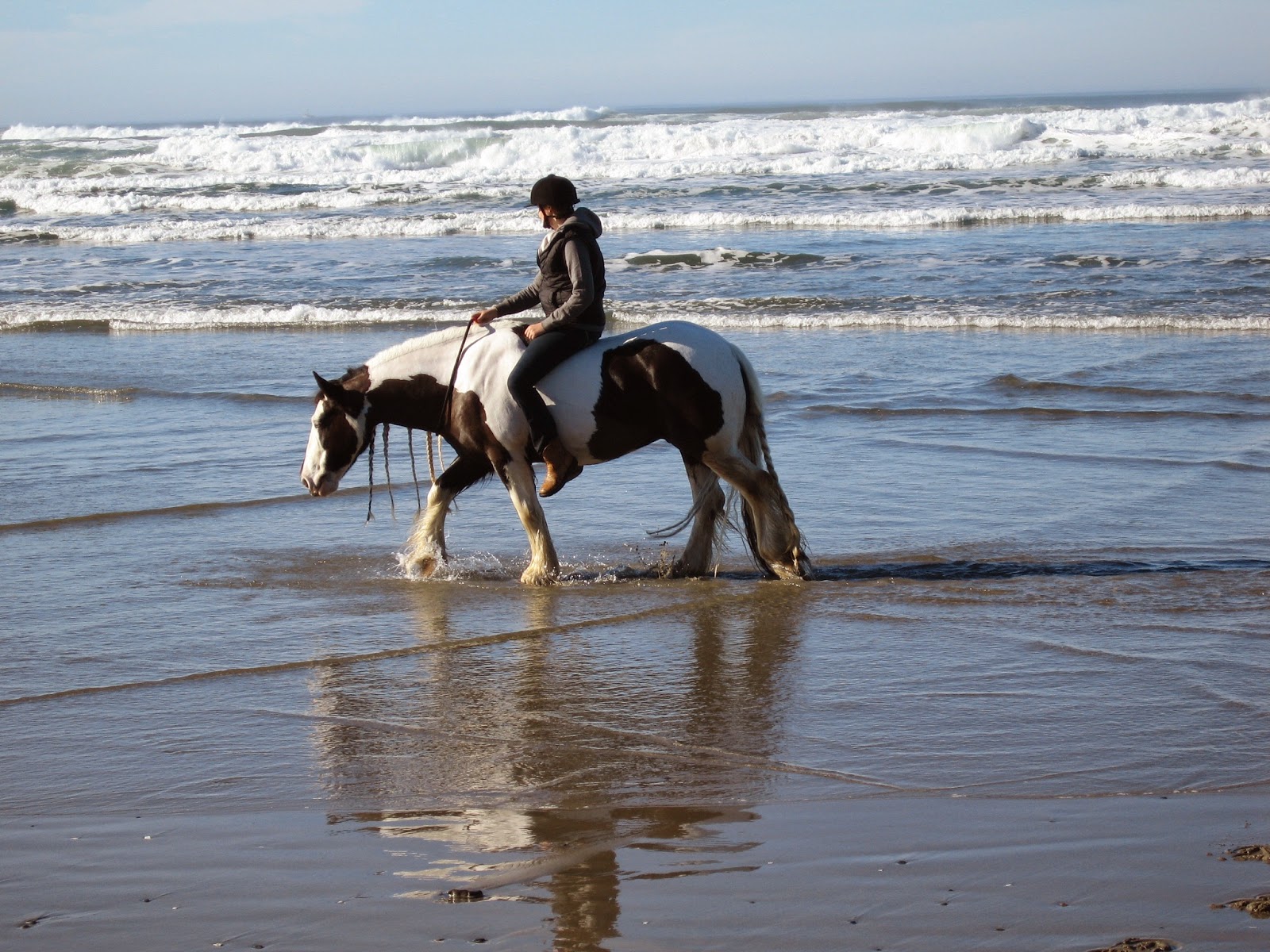 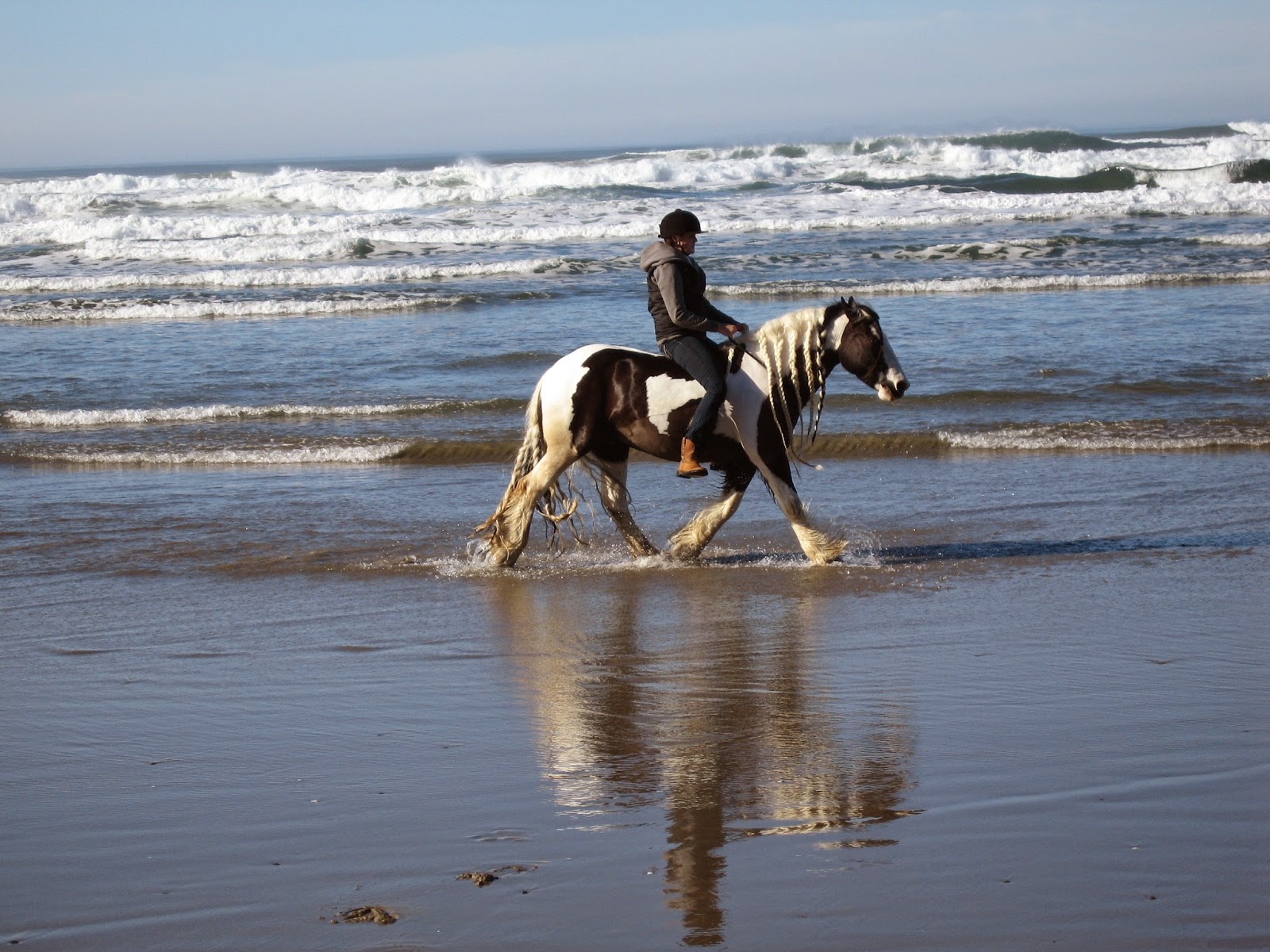 Easily one of my favorite places to ride! Along with the XC course :)

Sunday night Mystic also had an appointment with a body work guy. I had met him in one of my classes when he came to do a demo for us and was intrigued by it. This guy does massage/accupressure stuff before adjusting and I was very impressed with Mystics response to it all. You could really tell when he had found a sore spot on Mystic and could also tell when it started feeling good. Ponys lip got to twitching, his eyes softened, and his head was all but touching the ground. The guy said that he was pretty out in his shoulder and lower back region and it took a solid 2 hours to get him all straightened out. The really cool part about this guy is that he completely works on the horses time. Sometimes it only takes an hour sometimes he spends over three on just one horse. He had me walk him down the aisle way when he was finished and it was amazing how much lighter he walked. Instead of loud clumpy steps he took longer and lighter steps. I am really looking forward to riding him and seeing if I can really feel a difference. He recommends that they get done 4-6 times a year depending on their work but also says that each horse is different and to just see when Mystic shows signs of tightness again. I am going to plan on having him back in March. Mystic is pretty stoic so I want to be more proactive about staying on top of it, especially with a harder work load coming up this summer.

Then to continue our streak of exciting things we had a spectacular lesson tonight! He is feeling better than ever and continues to amazing all of us with his dressage ability, that from just looking at him he shouldn't have! We are completely ready to get to showing 2nd level test 3 next month and I am excited to see how we do. With the work we get in our lessons I have no doubt that we can get a respectable score. Looking forward to a bigger and even better 2015 show season! Pony Power :)