A little quick update on everyone. Sky has remained in work and is doing good. Alanna even came and took some pictures yesterday. She understands giving to the bit at the walk but is very, very resistant at the trot. Cant blame her but I would really like it if she even just went around like a horse with no training with her head in a normal place. Instead she goes back to her track days and keeps it straight in the air. Oh well, something to work on! 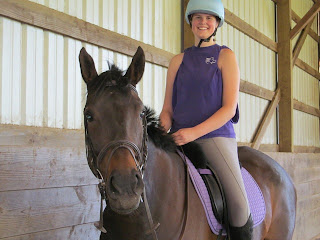 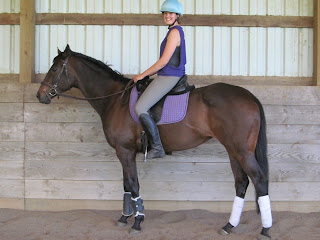 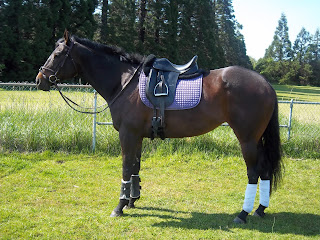 Mystic pony has been living the life he thinks! We have been mixing in some trail rides, bridleless, dressage rides all together and just being more laid back. His hips started popping again so im not really sure whats up, maybe he is growing? He was really cranky that night so I just gave took him down the road and called it a night in case he was actually in pain. He was back to his happy go lucky food motivated guy today though! He got another mini spa day to wash his tail and feather, get his dressage tail back (it had grown out so much!), and got his hair did. He also got some pictures for his Facebook fans which is is up to like 115 or something now! 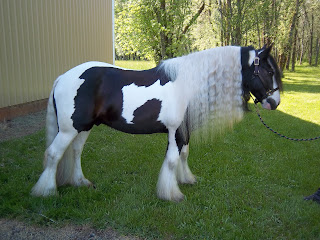 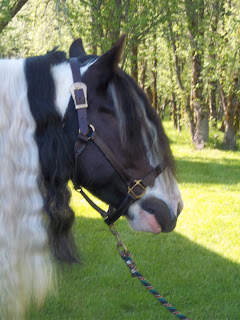 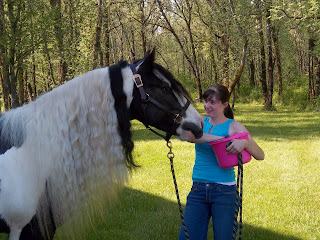