After working Pony tonight I really realized how scattered our schedule has been basically all month (due to snow, me having other commitments, etc) and it really took a toll on his fitness. It was in no way amazing before but it was much better than it is now. Thankfully we should be back on schedule now and get build him back up in time for our first show. That is the one super hard thing about having a Gypsy, they lose fitness 10 times easier and faster than they gain it!

Something I have really noticed (or payed more attention to today) is that at the end of our ride when I let him just walk on the buckle he acts like a drunk swerving around the entire arena! He gets really close to the walls, tries to stop at the radio to tell me he is done, and just turns and walks where ever he thinks he wants to go. It is the weirdest thing! Usually I just say "Pony stop" and he walks like a normal horse haha! I think it is his way to telling me he is done! 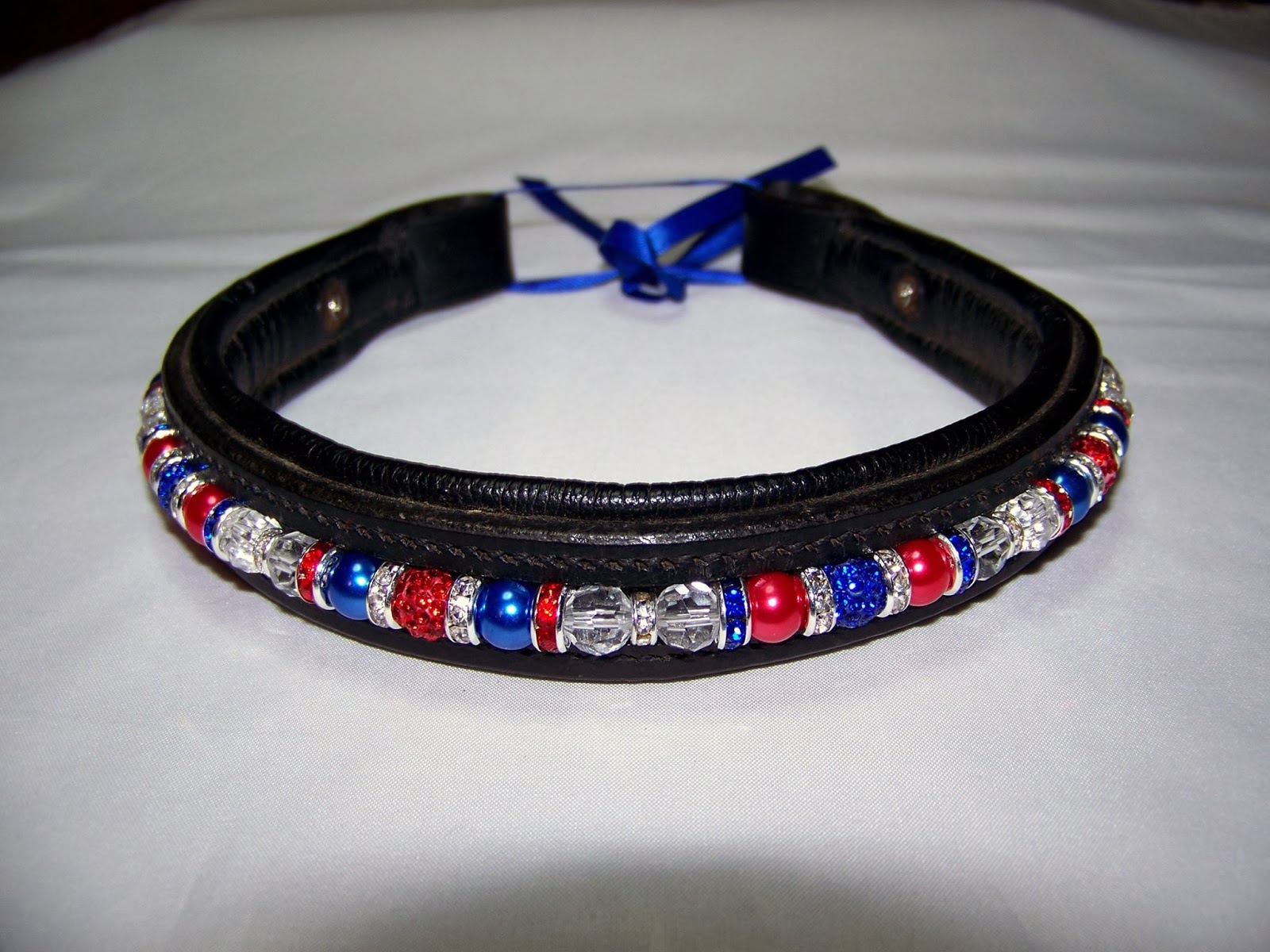 On another note this is Ponys new browband strand :) I think this will be his show one for now. Isnt it gorgeous?!

I also have a pair of brand new white Kerrits full seat sit tight supremes size med that need a new home! Sadly they are too small for me and it was going to cost me more to return them (thats why I usually only order from Smartpak) so I just held on to them. Still have tags on and everything! Let me know if anyone is interested. I was thinking $80 (retail around $120) but open to offers :)