I have never sent any of my horses through a jump chute until today. Our BO wanted to send her 2 yo through one just a few times to see what he would do and asked if I wanted to do a little with Mystic also. Why not?!

We sent up a one stride with a ground line before the first fence. Since he had never been through one before we just put all the poles on the ground and I trotted him in hand through it. After he got the idea we put up a cross rail and worked our way up to a ground pole to a cross rail to a 3'3" vertical. He was great! It would have been much easier for him if he would just get moving but he would get this little lopey thing going up to the big fence and have to spring over it!

One thing both Alanna and I noticed is how much less confident he is without me on him. Like quite a bit. He doesnt seem like he would be a horse that would draw so much from me but he really does. Doing stuff like this, where he has to do it on his own, is going to be really good for him and will hopefully help him be more confident in himself.

After running him through the chute a few times I hopped on him and took him over a cross rail and vertical bridle less. Yes ladies and gentlemen this is how we prepare for our upcoming show this weekend :) 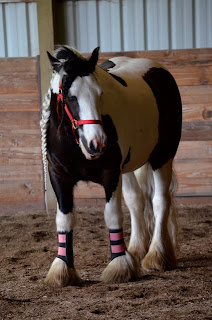 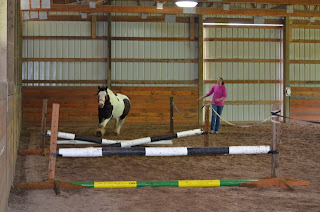 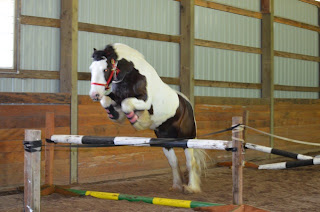 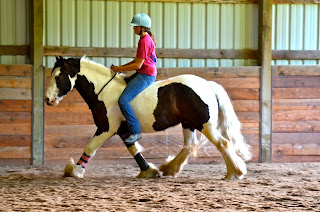 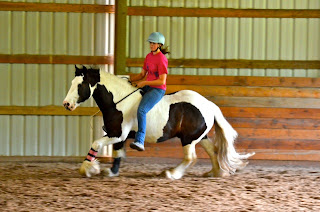 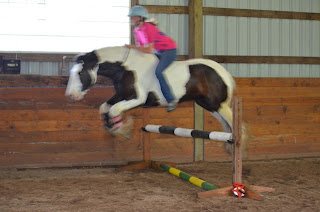