Saturday Alanna and I headed to the beach with the boys and what an adventure, like always, it was! Right when we got there we knew we were in for a windy ride... like REALLY windy ride. I hoped on bareback with my bridle and neck strap and off we went. By the time we walked the sandy trail to get to the beach we were almost being blown off our horses it was so bad so we just started walking up the beach hoping it would calm down. Well that never happened and eventually we just said screw it and started playing around! The boys were beyond amazing and were not concerned with the wind at all. It was so bad that the water was blowing off the sand and into our faces! I even went barefoot incase Mystic decided he didnt want to get into the water and I needed to get off and lead him in but he was perfect and after a sideways glance he walked right in! After a little while of trotting/cantering in and out of the water I finally accepted that the wind wasnt going to calm down, in fact it was getting worse, and that if I was going to take the bridle off then I might as well do it now so off it went. He of course was a perfect gentlemen and trotted/cantered around even throwing in some lead changes when asked! One thing we can always count on is having a good time no matter what the weather. It was by far the worst weather we have ever had there and we still had a total blast and didn't weenie out after a short time. Just another trip that made us think about how freaking awesome our boys are. I mean who can ride bridleless on the beach in 30 mph winds?! 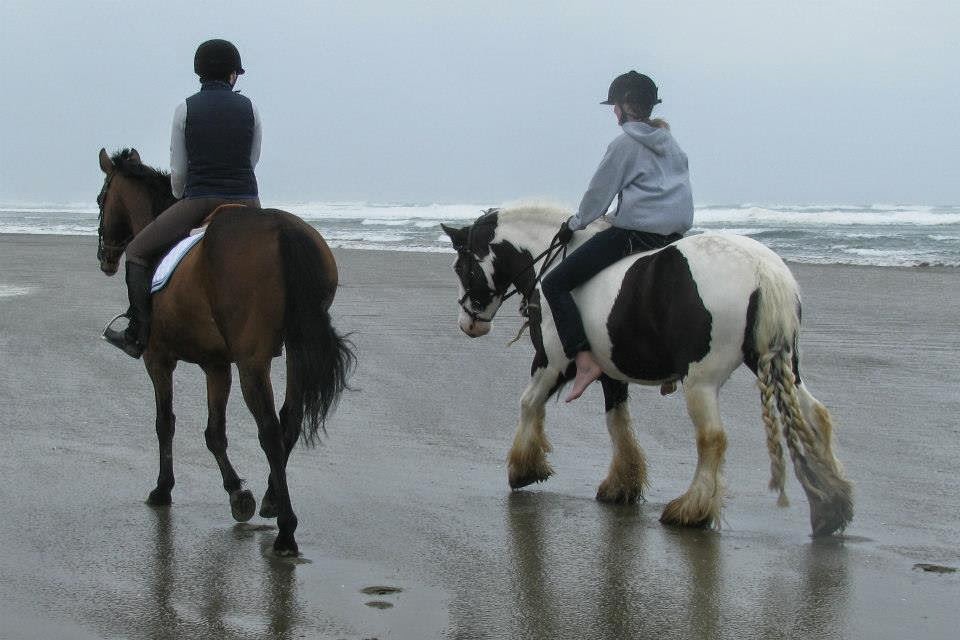 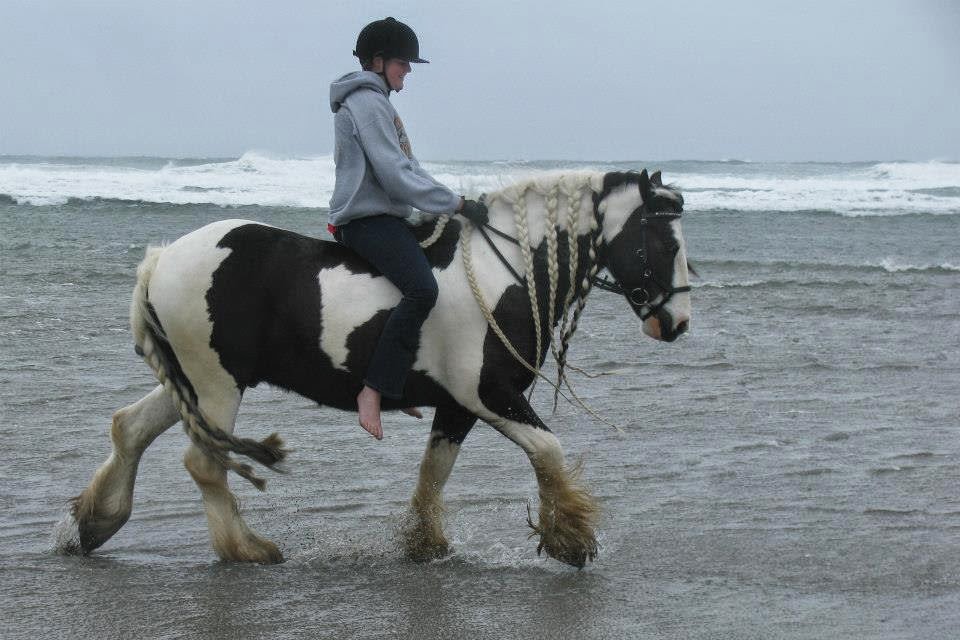 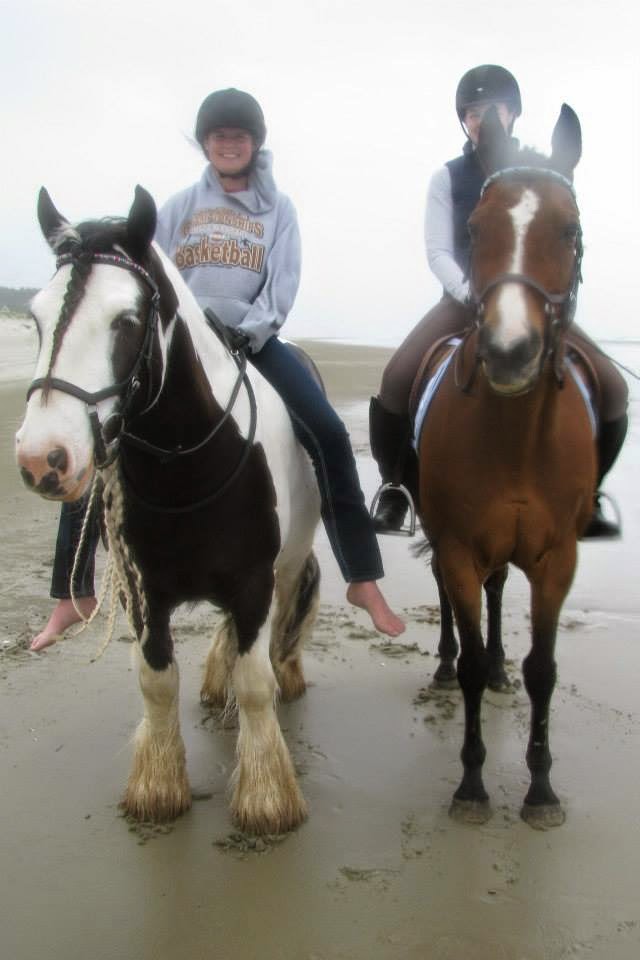 Video evidence: Bridleless at the end :)

On the way home from the beach we were talking about what horses we want in the future and what we want to do. I really have decided that I want to buy a Gypsy filly at some point so I can eventually start my own small breeding farm. I have really enjoyed my breeding class in school and know that I want these Gypsys in my life forever. Im sure I will have TBs also but I don't see myself ever not having a Gypsy! I have thought about really saving this summer and maybe getting a 2015 foal but there are some big purchases I want to make for Mystic (like new saddles) before I want to add another addition. Ideally it would be perfect if I could have a 3 year old by the time Mystic is 13. Its a long term plan as I obviously want to show the mare and get her going before breeding her but none the less it is very exciting and I have already started 'shopping' and looking for what I want (and the not so fun parts on how much damage it will do to my bank account and how long I will have to save for it)! For now Mystic will be my focus but I do see a sister in the future :) Maybe a college grad present to myself?!