Since it has been so hot here I didn't head out to ride until after seven at night. By the time I got on at 7:30 it was still in the lower 80s but has really cooled off since the afternoon. I threw on his jump tack and headed out to the field for our warm up. I have really been cracking down on going forward. I don't care if he gets a cranky face or lifts his head a little I just want him to respect my leg a little (okay a lot!) better. He catches on by mid ride but hasn't caught on to the fact that he needs to maintain it for every ride so I feel like we start over every single ride. Normally when jumping he revs himself up, but yesterday we were stuck in the middle. I didn't have much horse to push forward but I also didn't have much half halt to balance him. So we were getting bad distances left and right and couldn't get through the grid nicely to save our lives. It was not a pretty ride! I'm not really sure what was up but I hope it was just an off day, it is not often that we have rides like that thankfully. By the end he was taking single fences nicely but was still quite strung out and sucked back. He has been working decently hard so I figure he will get tonight off and hopefully we can restart on Thursday.
We have had some really nice dressage schools where I really get him in front of my leg and can just feel how effortless (in comparison!) it is to do things like his changes! 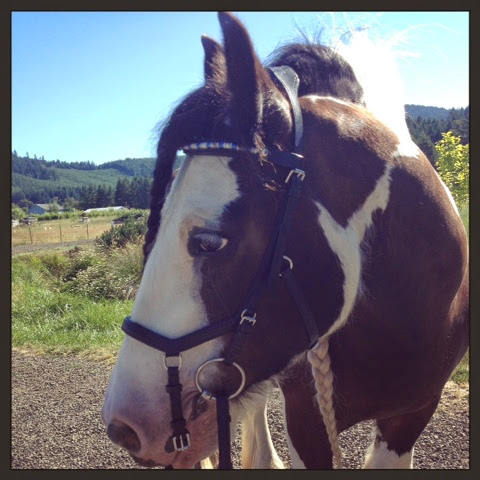 Mylo got to go on his first trail walk yesterday and handled it like a total pro. We have to walk down a road a littl ways before makin it I the trail and he does great with traffic. Once in the trails he was walking over the bridges with no issues!
Today we just had a short in hand session. He got to wear a surcingle and boots for the first time and didn't even bat an eye. I also filled some gallon jugs with some rocks and he carried those around. Since he was so curious about playing with the jugs I crunched one up a little and put treats in for him to play with. He seemed to be really interested in them! I will see tonight how much he has gotten out :) 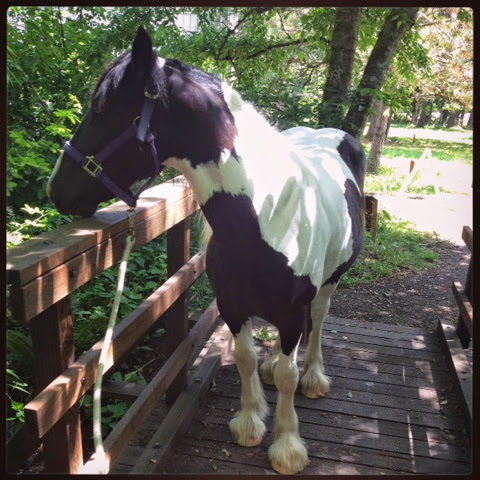 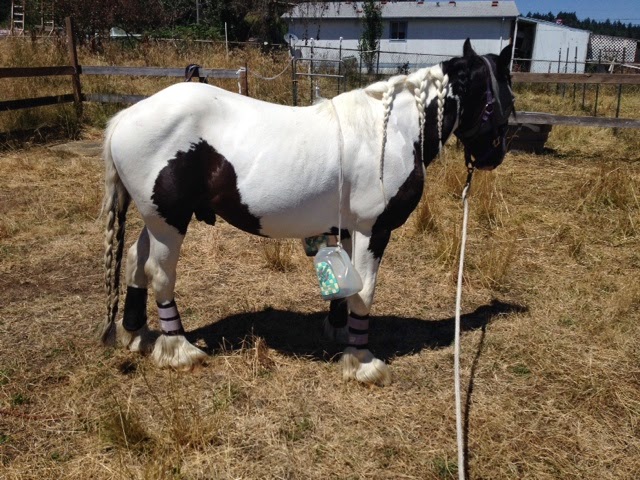