Today was a day of some hair loving for both the boys. Mylo got his first 'real' photo shoot so that I could have some good 'beginning' pictures, even though he looks worlds better than he did just a week and a half ago when he arrive. He got a bath a few days ago and has stayed really clean so I wasnt planning on bathing him again but he had a small stain and I wanted to wash his tail again so he got a quick bath again. Alanna got some great pictures of him, he is such a ham. He mostly wanted to be right by us but started understanding the concept of standing by the end. Not perfect but he got better. 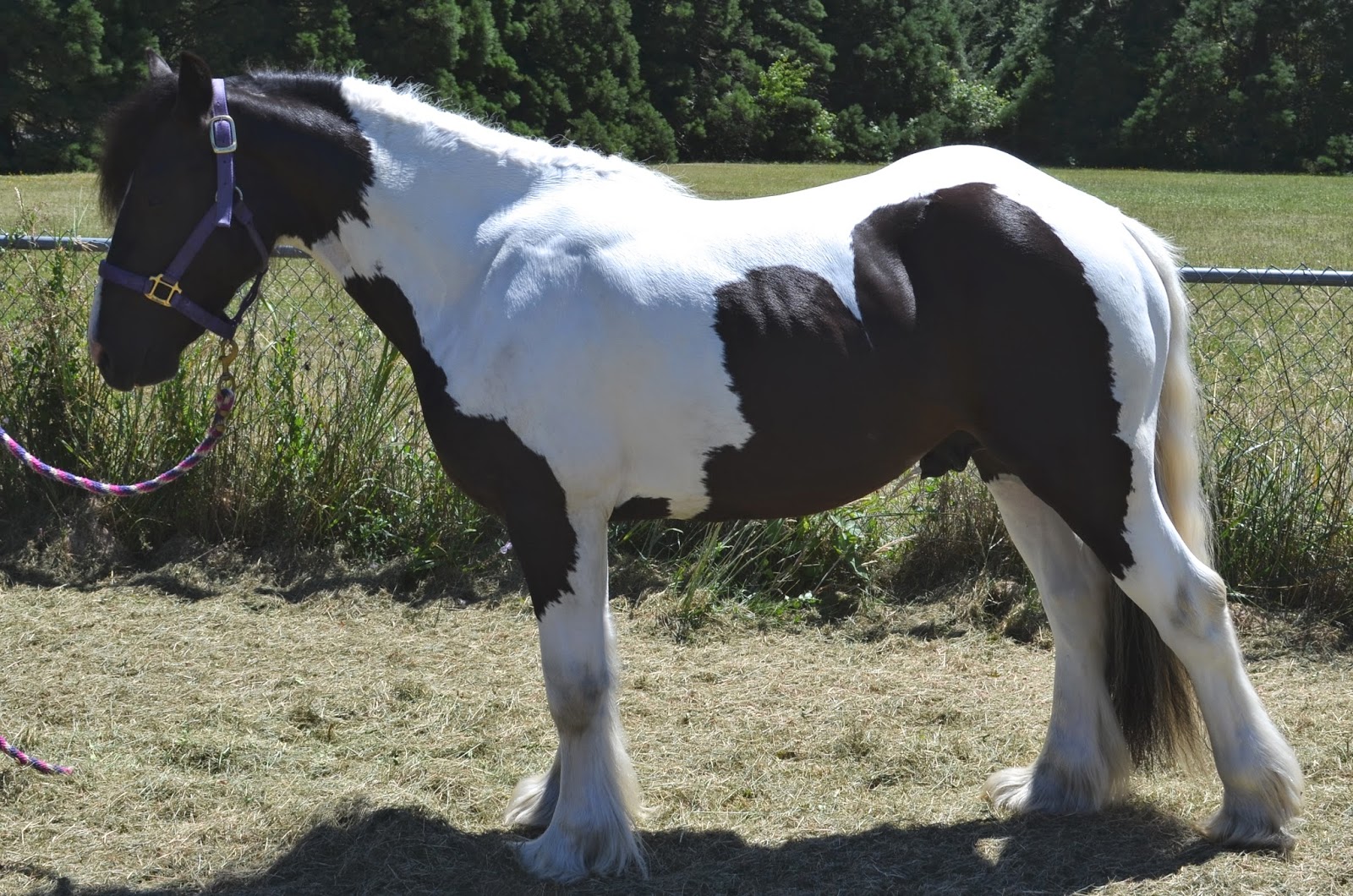 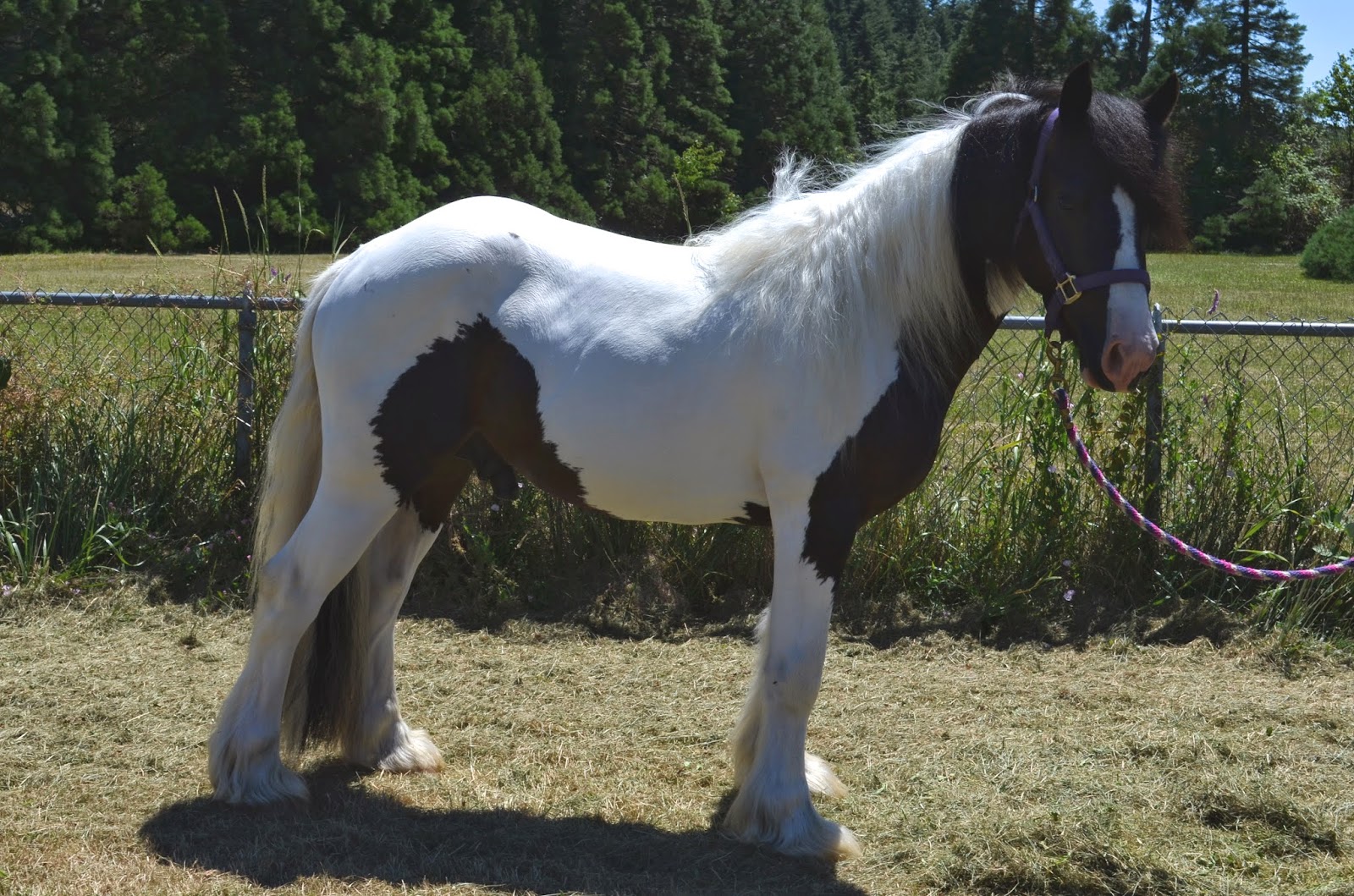 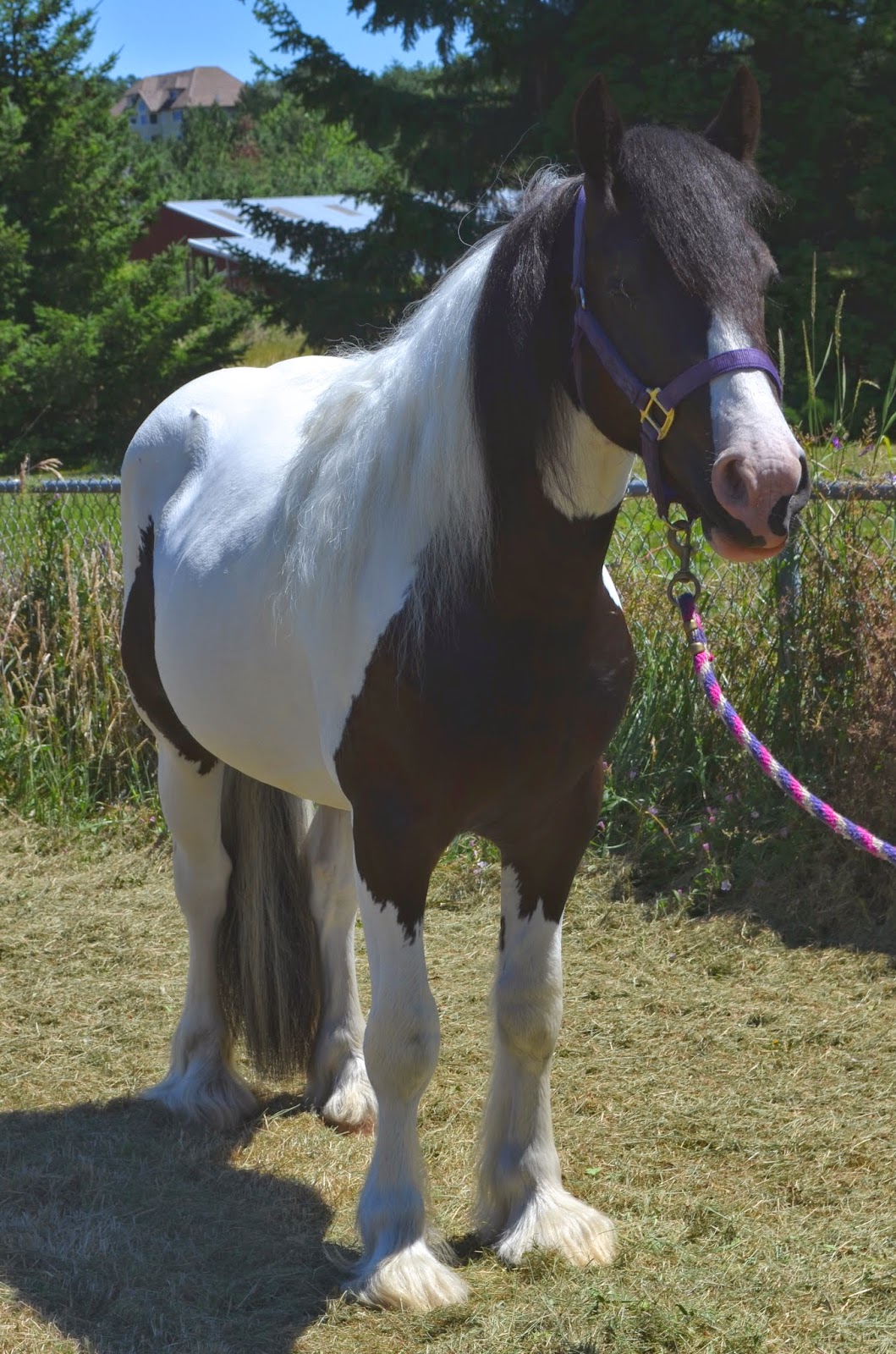 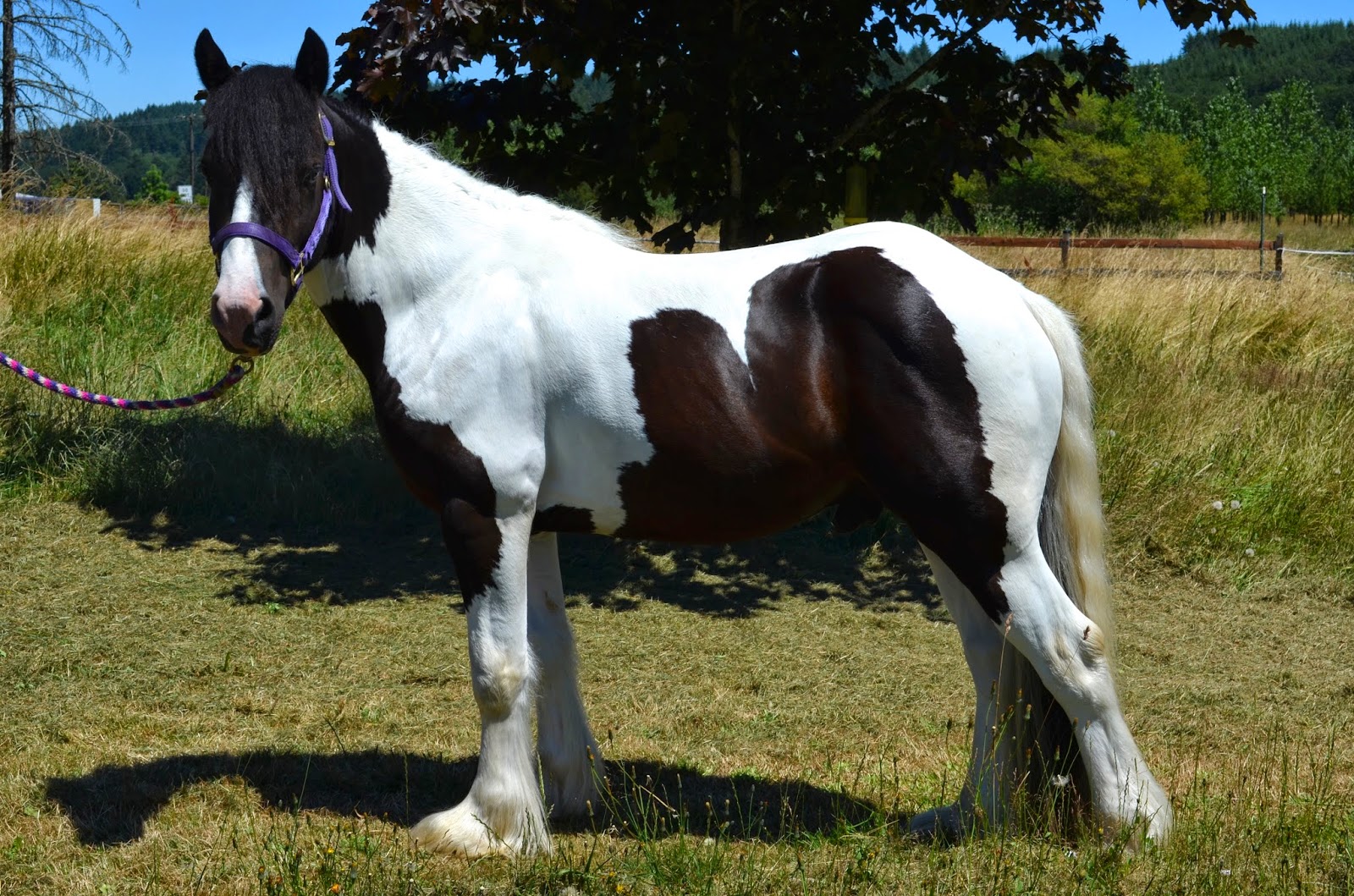 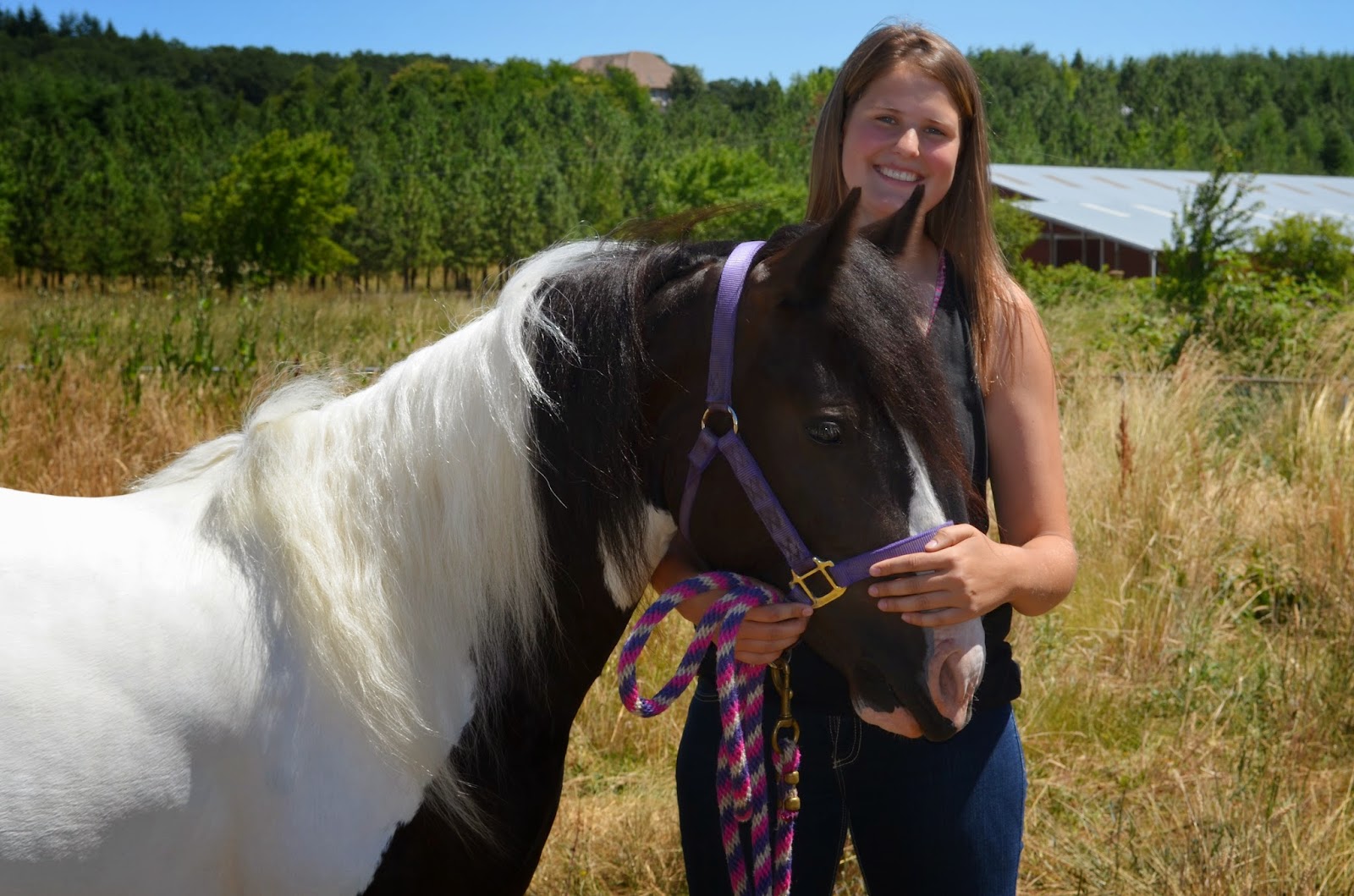 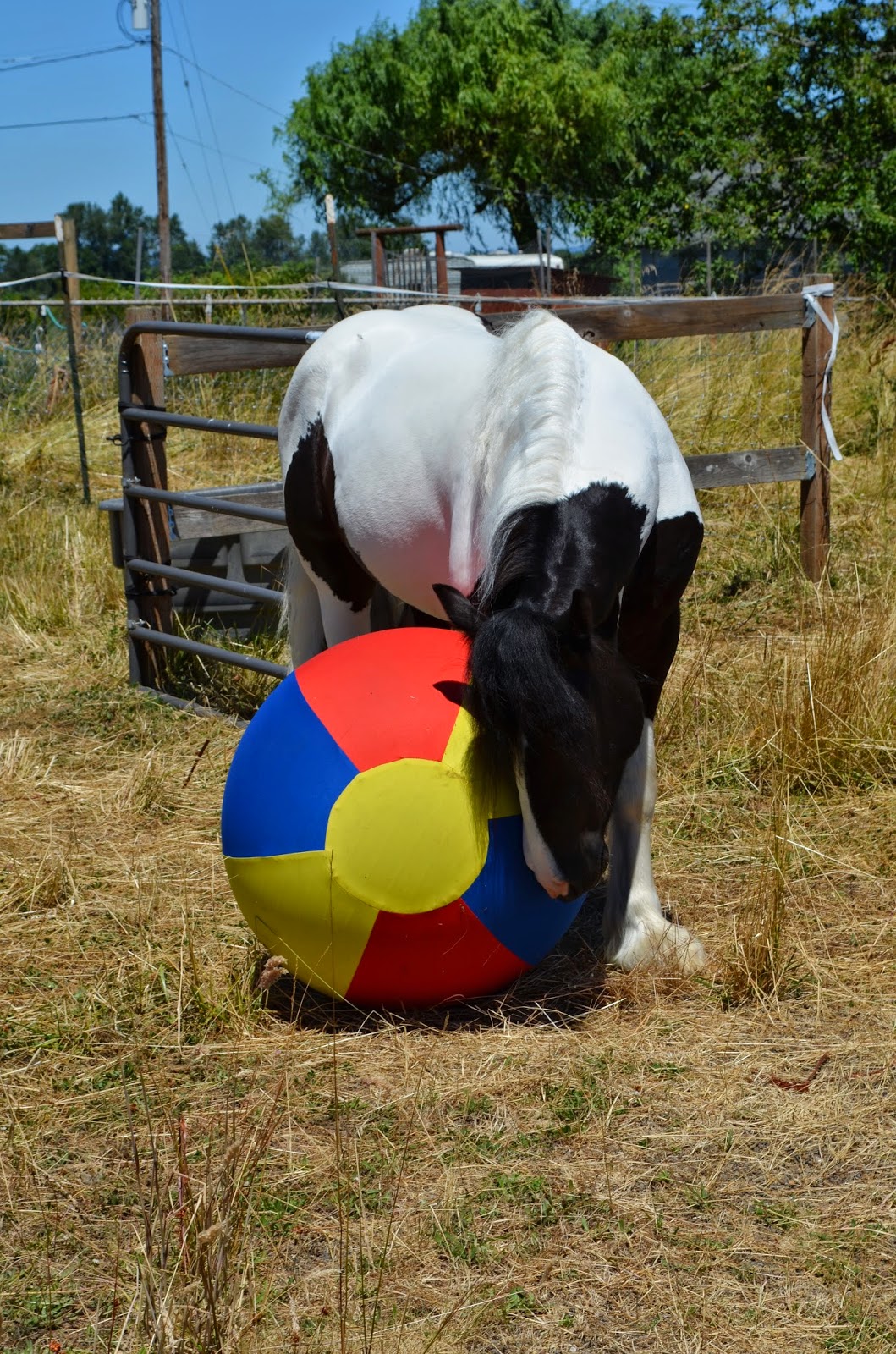 Then this evening I headed out to see Mystic. I didnt plan on riding because it wasnt cooling off as much as I had hoped and I just didnt have it in me. Its a good thing I had no plans because he was FILTHY! I have never seen him that dirty. I think he was really sweaty which then made him itchy so he went and wallowed in the dirt and covered himself. Lucky for us it was still super warm so he got a bath! Alanna was there and finished with her chores, and thankfully had some shampoo since I took my home for Mylo, so she helped scrub him all up with me.  He got a nice deep body scrub along with his front feather and his mane. Thankfully he cleaned up well and was actually white by the time we were done. He was loving the nice cool bath, I am sure he was uncomfortable. Hopefully he comes in like a normal horse tomorrow :)