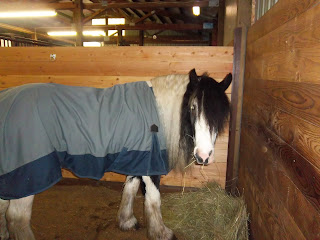 WOW! I really cannot believe that it is almost a new year. Its crazy! I was thinking today about some of my goals with my ponies for next year and things that I would like to do with them so I will start a list now and see where we are by January as far as adding more and such.
Mystics Goals:
- Nail our leg yields
- Show @ 1st level dressage (all 3 tests by end of season)
- Get a 65 % or above
- Attend several derbys and one days
- Do a 1st level musical freestyle
- Qualify/compete at league championships
- Show at Devonwood at least once (never have and I want to SO bad!)
- Go to the beach and XC schooling lots and lots and lots!
- Work more on his conditioning 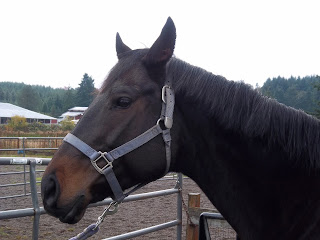 Skys Goals:
-The biggest goal is getting her SOUND! If that happens then..
- Start her back under saddle very slowly (lunging and building muscle up for at least a month or two since she has zero muscling now.. :/)
-Take her to shows with us to get her out and about
- After lunging get her going well under saddle
- Sell her by next fall 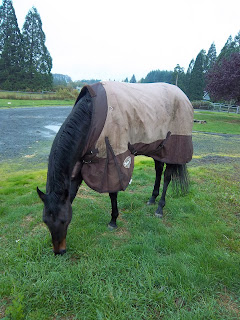 Hopefully I can stick to these goals! Having them definitely gives us something to work towards which is always motivating. Tomorrow Mystic and I have a clinic with Karen O'Neal out at Inavale Farms. It should be fun! Im hoping that if the weather clears up a little tomorrow afternoon that we could possibly, maybe, for just a little bit, go cross country schooling! It would be lots and lots of fun but we will see, im not holding my breath because im sure I would end up passed out when I wake up and its pouring down rain... They are supposed to be bringing out some of Inavales scary jumps from the actual horse trials which is awesome! Even though we are just doing intro (little baby jumps!) it will still be fun and a great outing for him. I am super concerned with having another "Tolo" in terms of jumping and all so im getting him out as much as possible so if he ends up having issues over fences I know he just doesnt want to do it and its not that I didnt get him out enough. Although im REALLY REALLY REALLY hoping that he will love it (which he seems to!) if he decides its something he doesnt want to do then we will just go rock the dressage ring and be happy :) So far he hasnt shown me any signs of not liking it and today when we popped over a couple fences he was pulling me to them! Not a good habit but I was happy to see him having fun with it at least! More updates tomorrow after our clinic fun!
Posted by Unknown at 5:20 PM