This afternoon we headed out for our 2nd jump lesson out at Inavale. Neither of the boys have jumped much since our last lesson (Mystic had jumped once on Friday) due to different circumstances. Both also came out great! It was a great lesson for everyone and both improved on our last lesson which is always a huge plus.

Mystic and I got to work on the more technical side of cross country today. Last one was more open galloping and single fences, where today it was shorter distances with more technical rides. I am super happy with how he responds to everything. I can confidently say that any "issues" we had could have been avoided if I had rode him better. Although he is continually gaining confidence jumping he still isnt at a spot where he will take charge and bail me out of a sticky situation, which is understandable. Even then he still doesn't just quit on me or run out like he could.

One thing that is becoming more and more apparent is that he really is a horse that will only give as much as he needs to make it over the fence, especially with the little ones! Its actually pretty bad how terrible we look over the small stuff. But the minute we start jumping more bn fences he perks right but and tucks his knees to his chin. Its a good thing he likes this jumping thing!

We schooled more banks again today since it was a slight issue last time. Im thinking maybe he wasn't feeling 100 % last time though. He didn't stop or run out at it at all today. He even kept us together and I held on for dear life looking like someone who doesn't know how to ride going down the banks! We were going down and up a decent sized bank. We then put together the down bank to another fence fairly close after it. It is actually pretty tricky getting organized and getting him off his forehand so that he was ready to jump but we got it put together. Then we did it the other way where we did the jump first to the up bank. A big thing that we need to work on is getting the energy combined with getting him off his forehand, it will make the bigger fences that much easier for him. 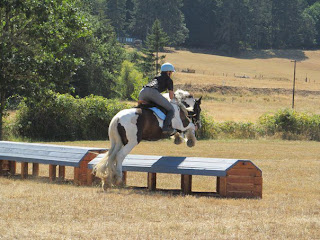 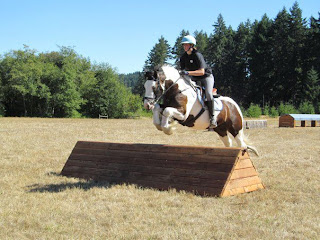 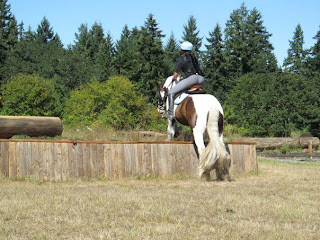 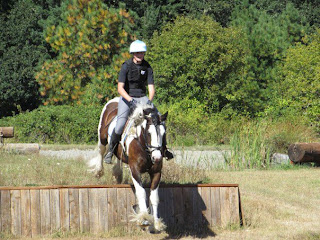 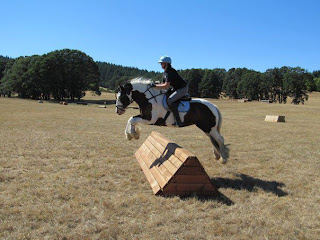 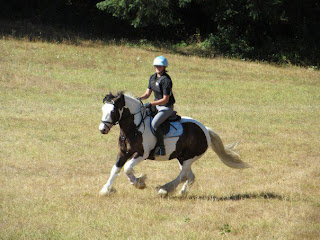 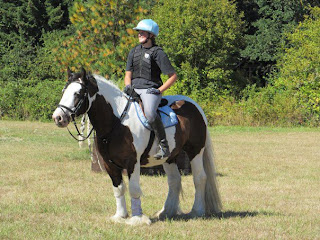 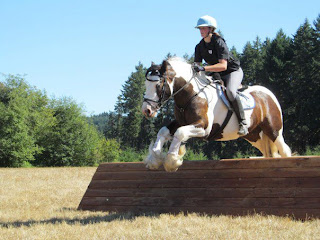 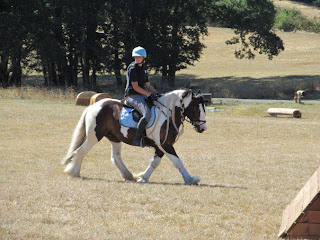 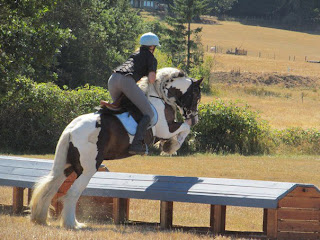 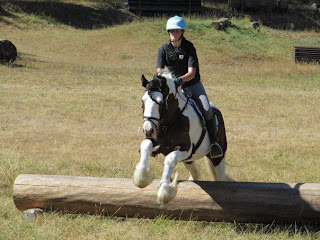 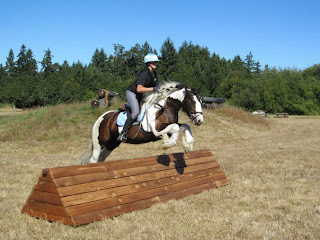