Life is pretty crazy right now which is obvious with my lack of updating. I almost just scraped the idea of writing anything for awhile but I really do, do this mostly so I can come back and look at it at a later date. When Mylo is 4 it will be fun to look back and read updates about him and se picture of him as a baby. 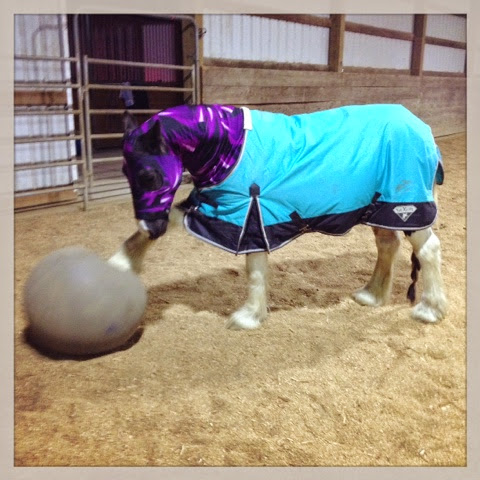 Mylo has been doing great! He gets to go out on pasture with friends and gets pampered a little more over there. He is definitely not complaining about all the pamper, that is for sure! I mostly just get him in the arena and play around with him doing tricks and such but have also started free 'lunging' him, especially on the days that the weather isn't nice enough for them to get out on pasture. I have only done it a few times but he isn't half bad considering his lack of training in that area! My favorite thing about it is that he has really learned the word 'whoa' and stops immediately. He has also been learning how to cross tie like a big boy. It has been very uneventful besides him doing impatient pawing every now and again. He also got his first blanket and let me tell you, it is adorable! I love this baby boy, he is so much fun! Cant wait to see this boy with a kid on his back :)
﻿﻿﻿

Sunday a friend and took our boys to the extreme indoor trail course in Eugene. We had thought about taking both our big boys and our babies but decided we would both rather just take our riding horses. I really don't think that Mylo would have 'issues' there so I am not overly concerned with getting him out. Although it would be fun! Mystic was great, for the most part, and we had a blast! We ended up doing all of the obstacles except we only did one of them the easy way (moving suspension bridge that we only did over the short side not the whole length). Last year he had a weird issue with the water there (which he doesn't normally have an issue with water) and he tried to continue that this weekend. I sacrificed my cold feet and got him in and then he proceeded to want to take me in the water every chance after that! After taking him through/over everything with his bridle we then went and did everything bridleless. He was very responsive and really had to think about where to put his feet/body without me there balancing him and I had to trust that he wouldn't take my leg off on a log ;) We did the waters, a teeter totter, moving bridge, big platforms, narrow bridges over water, navigated over logs/rocks on skinny trails, and went in dug out ditches. We wouldn't win any competitions for this but he does pretty good and controlled his inner 'chicken' side!

Here is a sad cell phone video, but it video evidence of our bridleless skills:

Mylo has been doing awesome at his barn! He loves having friends! He is also is turning into my trick pony :) 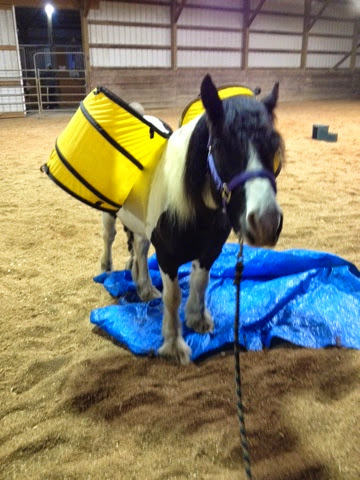 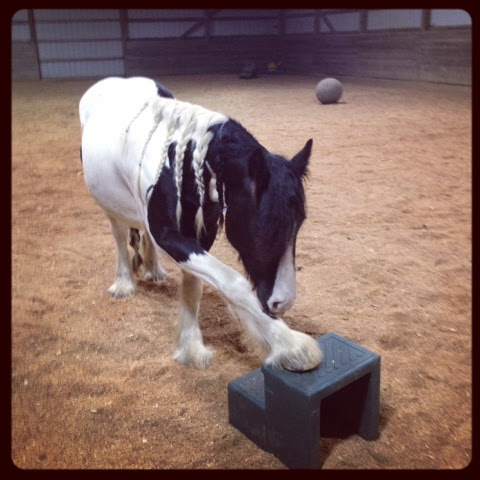 Learning how to step up. I can send him away to both this and his big soccer ball! Such a smart baby :) 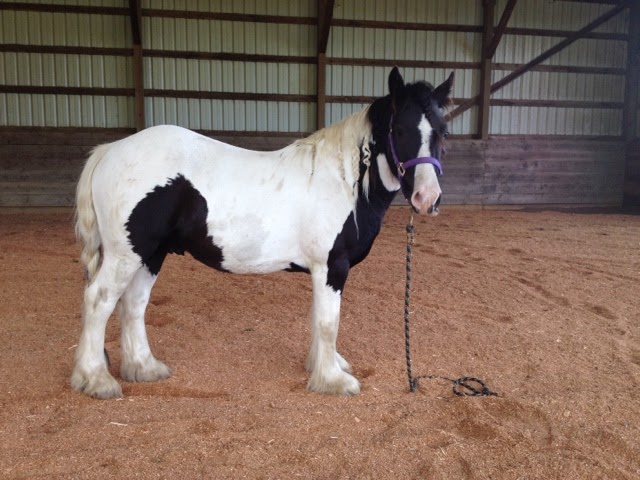 One day... One day that front end will catch up! 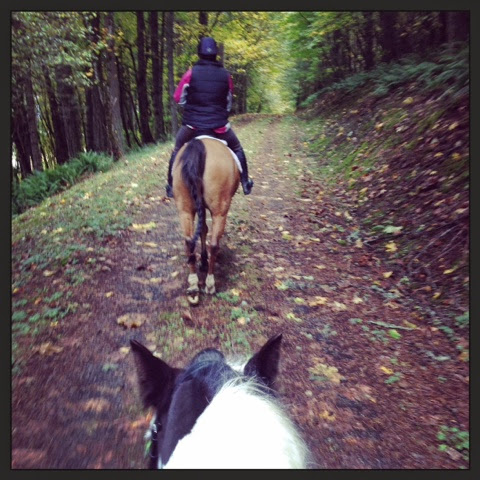 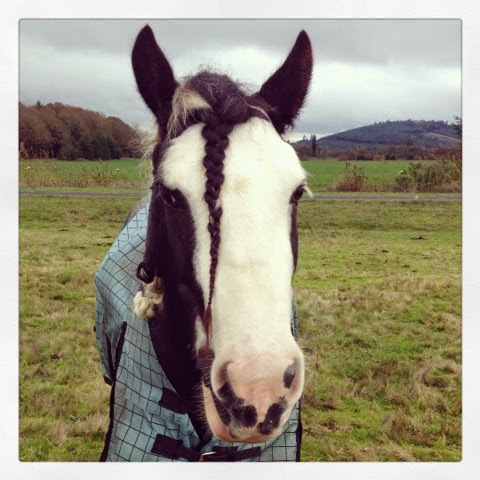 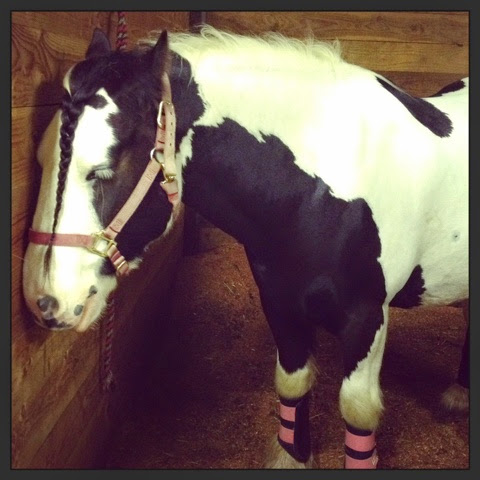 Sleepy Pony before our awesome ride tonight. Love this boy! He has been rocking our dressage ride recently.
Posted by Unknown at 8:44 PM No comments: