Last weekend Pony and I competed at Inavales recognized 3 day. It was HOT (over 100 Thurs-Sat), it was exhausting, and I want to do it again tomorrow! In true Mystic fashion he was amazing and I could not have asked more from him... except for maybe that pulled rail ;) 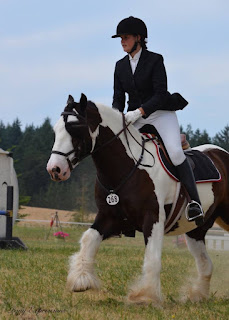 Dressage was on Friday smack dab in the heat of the day. I got on 10 minutes before my test, walked for 5, the trotted and cantered as little as possible before heading into the ring. The worst part about this event is the footing in the dressage area. It is all out on grass and it is pretty lumpy and bumpy. He felt very unsure and cautious on it and we actually had quite a difficult ride but luckily for us we can own the "fake it till you make it" statement and ended dressage with a 28.4.


Saturday was show jumping and although we rode about an hour earlier then on Friday it was still super hot by the time we went. The biggest thing I hate about show jumping is there is no ride time which makes it hard to judge what time you need to get on when you have a horse that you only need to pop over 5 fences before going in. It was a hurry up and wait game and I had him out much longer then I needed but we sat and watched for most of it while his adoring fans came by and said hi to him. I knew after popping him over the first warm up fence that he was on his game and he did not disappoint. I think he actually surprised a lot of people watching! He definitely was much more backed off to the fences but overall had a great round. Sadly I celebrated a little too early and we pulled the very last rail! It was a huge bummer but I was so pleased with how he rode over those dressed up fences. 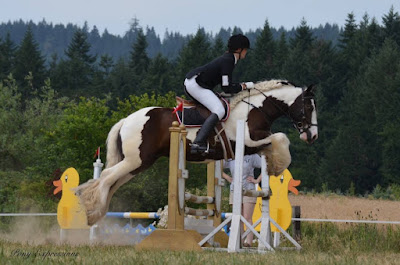 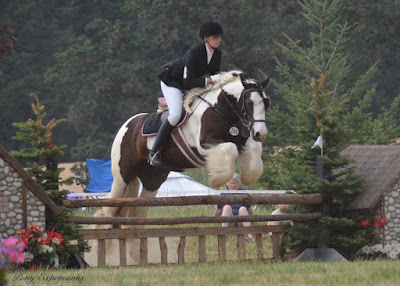 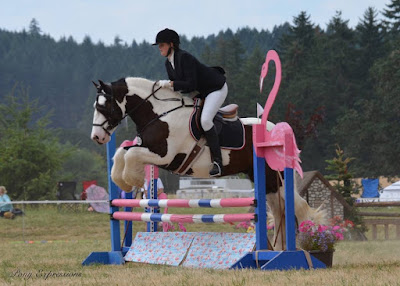 Sunday morning I woke up to 55 degree weather instead of 70 (at 5 in the morning!) and prayed it would stay that way. You know you live in Oregon when you can go from riding in 100 degree heat to riding in the rain within 24 hours. It could not have been more perfect weather for us to do XC in! I got to warm up and my friend alerted me when I had 15 minutes left. The warm up lady then mentioned that they were running early so I could go sooner. We trotted a lap, cantered a lap, popped over a cross rail twice, then popped over a log twice and headed for the start box. He came up to the first 3 fences really backed off which is totally normal for him but he was willing to go still. Unlike normal he never really got 'unstuck' and  would have loved to have stopped at several fences had I not been really riding him to them. After fence 6 and having pretty much the same ride to every fence I realized it probably wasn't going to change and I just had to really ride him to everything. It wasn't the most flowing and gorgeous round but we got it done, didn't get lost, and made time! I know his stickiness is purely lack of experience and will get better but I was very pleased that even know I knew he was thinking "Lady you are straight up crazy" he still went even if it wasn't very pretty. 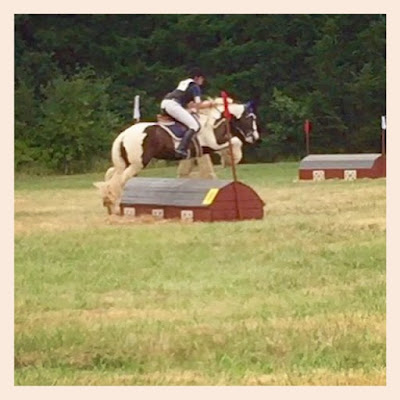 Another thing I loved was that he recovered quite nicely! By the time we walked back to the trailer (granted, it is a little walk) he was breathing normally and by the time he was untacked and I had half changed he was pretty much dry. Not that he couldn't be in even better shape but I was happy with it for BN. 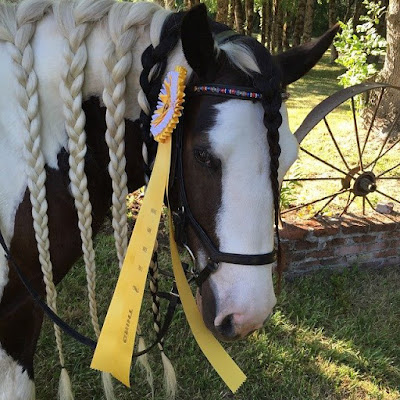 It doesn't hurt to come home with some loot either :) We ended up finishing third on a 32.4. Along with this gorgeous ribbon we won a dressage saddle pad that I seriously wanted, a set of polos, and some Vetrycin. We are still chasing our blue ribbon as I have messed it up for us twice now. Had we not dropped that rail we would have won (in a field of 21)! I came home with a happy and healthy pony and we cannot wait to hit another one! Pony Power!