Pony is officially not a 'baby' pony anymore... Today is his 6th birthday!! Definitely a bitter sweet day for me. I feel like he is growing up so fast but it is nice to not have age 'restrictions' anymore really. Not that I will push him hard (as you can tell by our week long work of bareback work this week haha!) but its nice not having to worry about over doing it with him as much. I headed out to the barn this morning and gave him a MUCH needed spa day. He got his mane/tail washed and conditioned then I half heartedly did his feather also. I have been super bad about keeping it clean this summer and we have a breed show coming up at the end of the month! 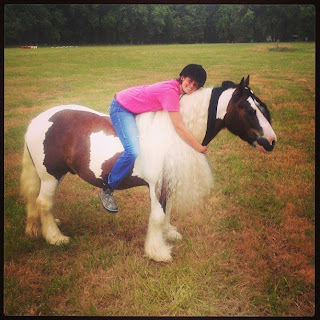 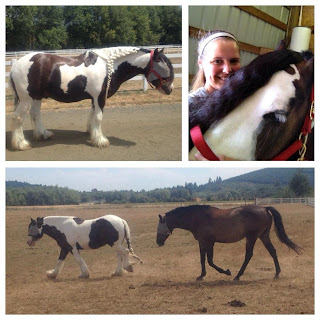 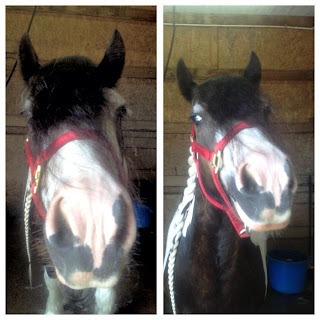 All week I have just been riding him bareback and bridle less (or in a halter). And it was no different tonight. It has been tons of fun and a nice way to relax after work. I have a different work schedule this week which has been putting me out to the barn later so its nice to be able to just hop on. We even did our first bridleless ride in the great outdoors and he was perfect! I love this horse! Now I need to start putting together a freestyle routine for the state fair! Im thinking we are going to do a Cars (the movie) themed one :)