Not that I had any doubts of not qualifying it is still nice to know it is a done deal! Championships is the first weekend of June to do some much needed work.

Neither of our tests yesterday were very pleasing for me. The warm up situation wasnt the best and going into our first test I didnt expect much since our warm up was poor. I, however, was not expecting to get the lack of listening skills as I did. I didnt shorten my reins enough and get him prepared enough for our trot to canter transition so he just blew me off 1) didnt get his canter until a couple strides past our letter and 2) ran into it after finally picking it up. The good part about him is that even when it feels so incredibly horrible it never looks as bad. Luckily the judge couldnt tell he wasnt listening to my legs... or my half halts... or very much for that matter!

We got a little more warm up after our first test and I thought we had sorted some things out but it turns out we really didnt. We blew yet another trot to canter transition.. WHAT IS THIS?! Is what I was thinking in the ring. It hasnt ever been this big of an issue before. Our leg yields were pretty poor also.

I know I made it sound like he was terrible, which he really wasnt! It was pretty frustrating as a rider though! I always feel like at shows I forget everything... including how to ride. Going back they didnt look as bad as they felt but I know it was about 60 % of what we are capable of doing at a show. He did still win a class with a 68 % and got a second (behind a prof trainer) with a 63 %. It was super fun to see everyone I knew and besides the warm up situation it was pretty well run which was nice! Luckily we have one more show before Championships to polish things up a bit more. We can only go up next time :) 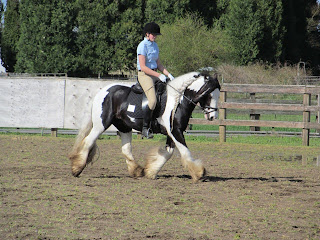 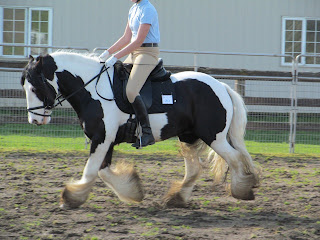 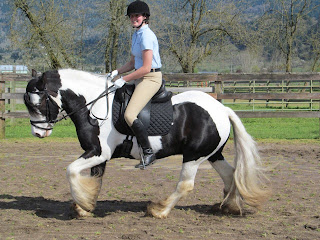 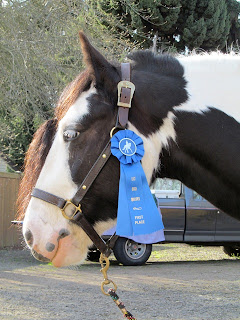