Yesterday morning Pony and Emi were loaded up early (WAY too early. Like 5 am early) in the morning and we headed up to the Yamhill County Fairground for Emis first show. It was a welsh/open show so there were both halter classes for her and open classes for Pony and I. The whole show was extremely poorly run, even with as few of entries as they had. That set aside we had a blast as normal! Both of the ponies were great but I will leave it up to Alanna to give you the details on Emi :)

The judge was really nice and was actually supposed to judge a Gypsy show in June that ended up being cancelled. He said that Mystic is a very balanced and nice gelding! Mystic was super good, as always, and tolerated all the visitors (minus one lady who was very strange and was holding a cigarette. I have never seen him purposefully ignore someone before but he did NOT like her). Due to the poor communication/running of the show I ended up having his tacked up and going for almost 2 hours total just for 2 flat classes. It was definitely irritating but we made the best of it by hoping off of him, loosening all his tack, and just chilling in the arena watching the Welsh pony races, I mean kids classes haha Going along with the poor management I got back on him with 2 classes to go before our turn. Turns out the gate person told us the wrong number of classes and we had to go in right away. In good old Pony fashion he went in a plugged around to win the class but was very, very lazy and my legs were killing me after the 2 minutes in the arena! So before the next class my friend was kind enough to run back to the trailer so I could remind him that he does in fact have to move off my leg. A quick refresher helped and he went on to win our next flat class also! By this time we were all exhausted and ready to head home so we immediately headed to the trailer to untack and pack up. About 10 minutes later the gate person tracked me down and said they needed me at the gate? Then they said that I needed my horse because there was a tie for champion english horse and we had to do a ride off. In all seriousness I asked if I could do it bareback since I had already untacked him and was ready to load up but they wouldnt let me?! I thought that was stupid and was super annoyed at this point. I mean couldn't they have told me to wait and see the point totals before I left the arena? I finally just said that the other girl could just have it since I was so irritated but some people followed me back to my stall and talked me into it. Luckily Alanna and April (our barn owner) helped throw his tack back on so I could change back, and put my spurs on this time, and we headed back to the arena. We were tied with this 12 year old girl who was SUPER snotty and rude so we all agreed it was good I decided to ride so she could be put in her place! After some confusion on what the judge wanted us to do for a pattern we finally figured it out and the little kid was quick to tell me I had to go first, which I obviously didnt care about. We had to walk in, turn down what would be the centerline, pick up the trot, circle right, circle left, pick up left lead canter, canter to the other end of arena and do a approx 15 meter canter circle left, continue the canter and take it into a counter canter to the right, counter canter down the wall, halt, rein back, and drop the reins to the buckle. Pony went in and although he was thoroughly confused as to why we were tacked up and back in went in and did the pattern to win! So between Alanna and I we came home with 6 blues, a champion, and a cool horsey decoration thingy. Not to shabby! 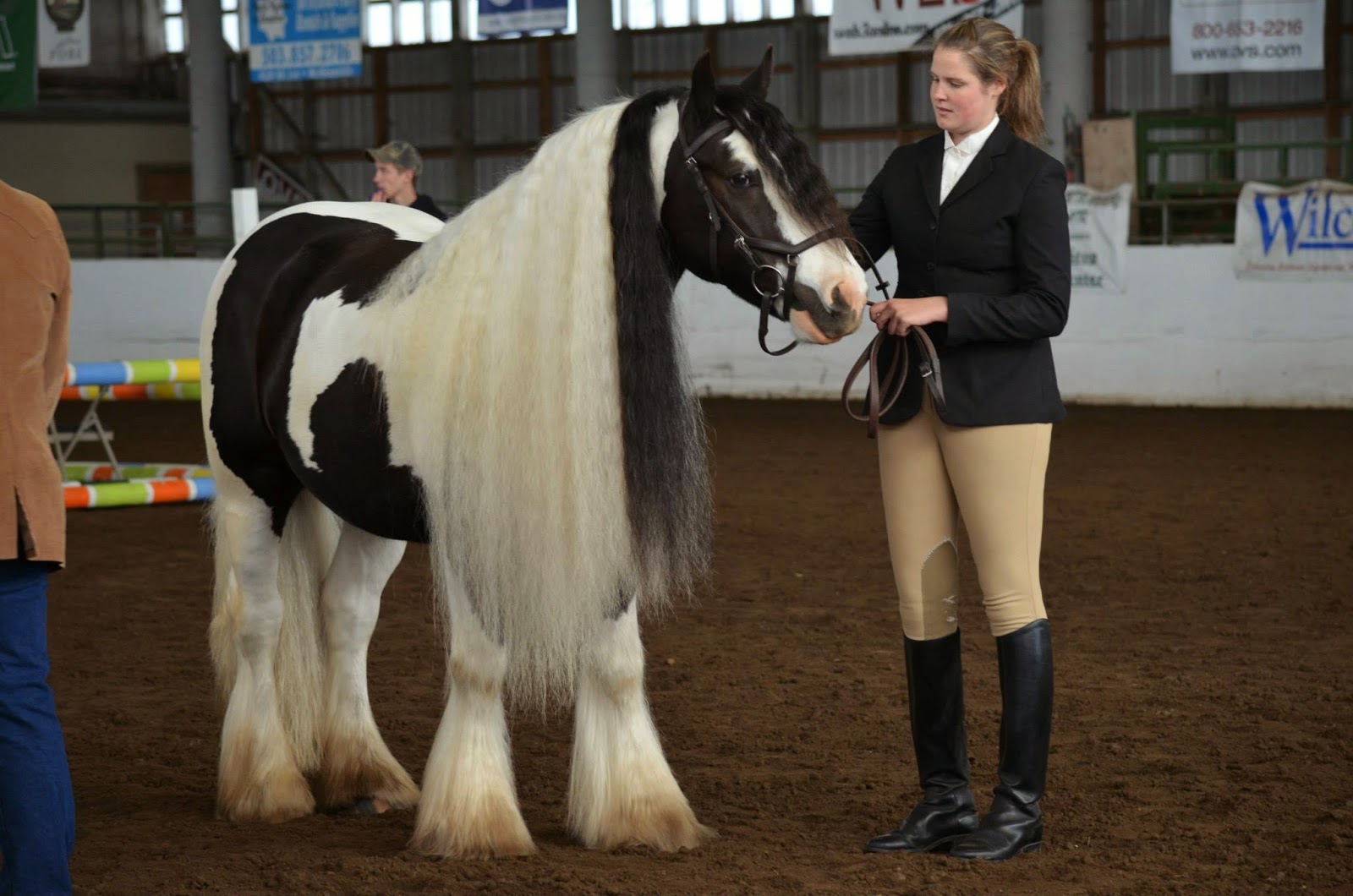 Usually I give Pony the day after a show off but because this was an 'easy' show we went back to work today. After all its less than two weeks till our next recognized dressage show! It definitely felt like home to be back in our dressage saddle and we had an amazing ride. I thought maybe he would be heavy and need a re schooling but he was super solid. He is feeling more amazing every day and continues to impress me. This boys simple changes are super solid and pretty much dummy proof at this point. As long as I give him a half way decent ride he nails them. We also worked on some half pass and did an exercise that we learned in our lesson from Monday. We took the shoulder in into a few steps of half pass back into a shoulder in. That really helped me keep him truly on my aids and not falling to the inside. I really feel like we have improved even since our last show and cant wait to head back down the centerline in a few weeks!