The hairy boys both got their teeth done today. The nice part about big barns is that there is always a farrier or vet coming out sometime during the week. So not only do I not have to worry about paying an arm and a leg for the farm call it also makes it easier for me to have them out to do teeth now and again later in spring for vaccines, health cert., etc. Also it made for a good transition in the vet I use. Their new vet works for the university and also does acupuncture and chiro work which is super awesome! So not only did they get their teeth done but they got some chiro work also. 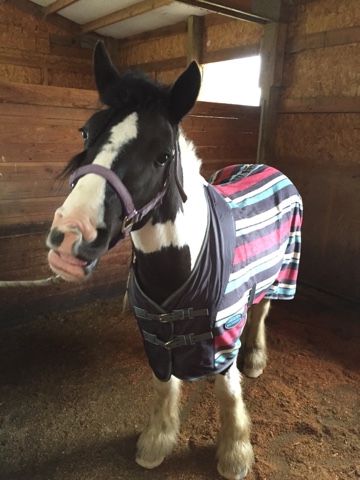 I had been meaning to get Mylos teeth done for a long time and since he is going under saddle now I really needed to make a point to have them done. He got his wolf teeth pulled along with 7 baby teeth (just the caps that were already coming out). Poor guy must have had a super sore mouth recently! His 4 year old molars are also already starting to come in. Chiro wise he wasn't bad just needed some minor adjustment in his back and withers. The vet did mention how free he was in the shoulder! Of course all of the students loved him and he was a good patient. 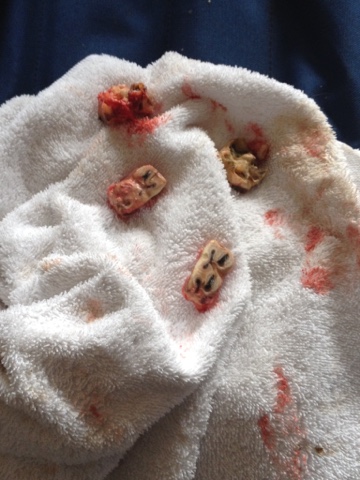 Mylos baby teeth!
Mystic just had his routine once a year dental but had some decently sharp points already so his mouth should be feeling better also! He also gets some gunk in his eyes and will they will start draining and getting crusty. Nothing horrible but since he was already sedated we went ahead and flushed his tear ducts to make sure he didn't get too much build up. He has had it done once before and it really helped. Chiro wise he was good through his back and hind end and just had minor adjustment in the left side of his neck and his right scapula which could all explain his stiffness to the right. It hasn't been worse, in fact it has been better, but it will be interesting to see if it helps at all! 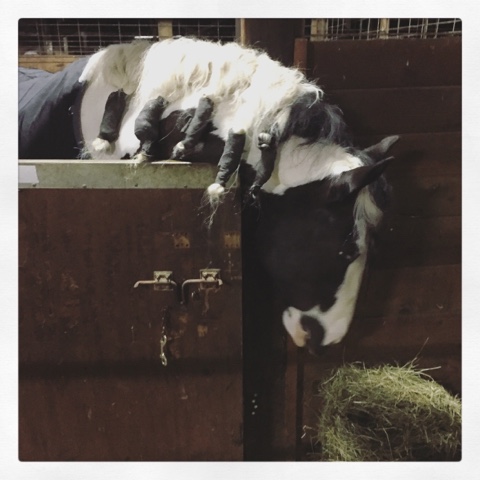 I was actually at work for most of it, my friend who has Mylo at her house was supervising for me, and I made sure to have her tell the vet that Mystic is a light weight and doesn't need as much sedation as you would think if you just went by his weight. She sent me a text back saying that the vet had already been lecturing his students on this breed not needing much and that Mylo was also a super light weight. The best part was the Mystic (14.3hh and roughly 1200lbs) took less sedation then Mylo (13.3hh and roughly 900 lbs)! Even the vet was laughing about it! We were joking that they are both cheap dates. Too bad it wont actually be a cheap date for me by the end of it... 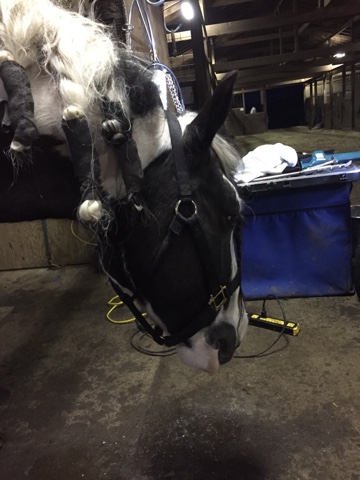