When you wish they could talk

I have lunged Tolo the last two days and decided to hop on today just to see what he would do. From what I was told he has been pretty bad to ride recently but he has been lunging really nicely and has been quite calm all the way around that I decided I would test him out.

When I first got him back I thought he for sure was out somewhere but as he got more time outside moving around he started looking better. He cross fired a little while lunging but that could be lack of work/muscle also and it wasnt like he couldnt pick it up correctly and keep it, he obviously doesnt look bad (as I wouldnt be working him). He has tripped a few times while working, etc but there is so much going against him at this point with him being due for farrier (getting him out asap, came back from expo after ignoring him for almost a week and saw his hooves. What a bad mommy I was!), our 'arena' at home is really gross and un even, and he has been out of work for awhile now so I wasnt overly worried.

Getting back onto him today definitely helped me make my decision to wait on working him at least until he gets new shoes and I get the chiropractor out here. Ideally I would wait till I found another place to take him. He was very short in his stride and irritated. After a few walking laps of me playing with him to see what he is like (it has been almost 2 years!) he settled down a little bit but when pushed at all (or asking anything really) he became really agitated and would have loved to buck had I let him. I cant say that isnt what he normally does as I havent seen him much since I sold him but it is NOT what he was like when I had him before. So how do you figure out if it is a pain issue or an attitude issue? Start from the beginning and go from there. I am actually praying that he is just totally out of whack in his body and the chiropractor can help. Just PLEASE dont let it be an attitude thing! LOL! We are starting with the farrier, then the chiro, then getting his teeth done. The farrier and chiro will happen by beginning of August but the vet may have to wait a month as Mystic is also due to get his teeth done and since he is in full work (and I want to keep it that way!) with show season among us he will take priority. Being a poor college student is no fun!! 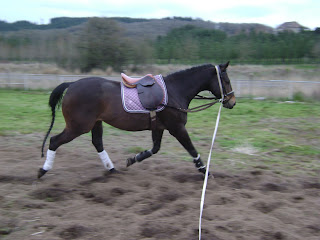 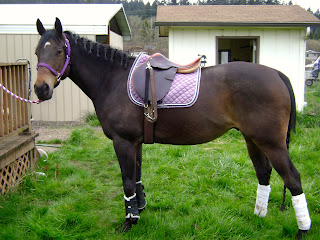 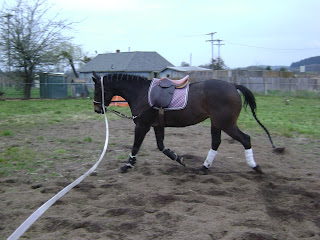 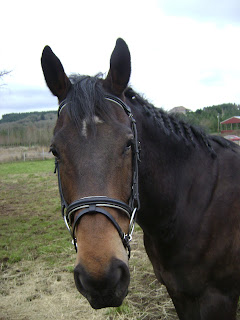 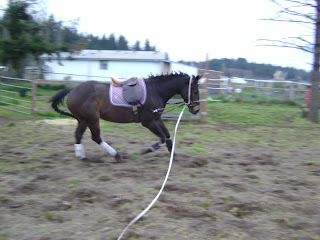 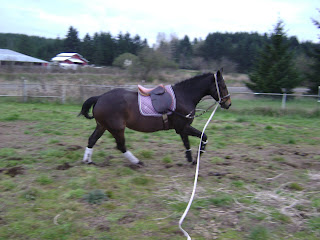